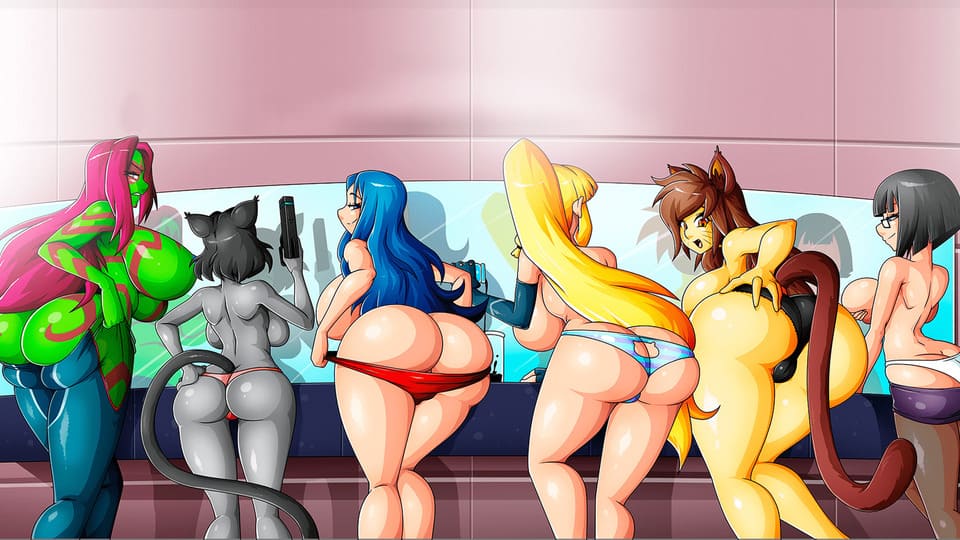 The Solarion Project v0.13 Public by Nergal, The Solarion Project Explore the galaxy with your all female crew to support you! Having recently inherited a ship from your estranged father, you set out on a journey to discover new worlds with a new family. However your past begins to catch up to you and you begin to find out things about your father than you and even the crew he spent years with, never knew. Each crew member has their own in depth and rich personality and back story.

Pick your favourite to form an intimate relationship with, or maybe… multiple. There are many choices to make and not all of them leading to happy outcomes, but it’s up to you, the player. In control of your own destiny as you begin to discover, what is the Solarion Project?​

Planned: Height difference, Anal sex, Group sex, Oral sex
Installation
– Extract to desired location.
– Click on “WaterWorld.exe” to start playing.
Changelog
v0.13 Public
Lillith Level 2 Progression added
Kittenna ride, BJ & TF is now animated
Nix Missionary now animated
Lillith shower time & Lillith TF now animated
Unique moans, pants, bj sounds for Kittenna!
Sex scenes no longer auto skip to the next batch of dialogue. A next button appears instead. (So you can watch the animation at different speeds)
The old animation interface is being phased out
There is now an option to auto play dialogue (it will skip to the next dialogue after being displayed for a certain amount of time)
Objectives overhaul, lots of behind the scene changes and UI now enhanced (should no longer be any errors)
Pause Menu button now availbe from main game screen
Phone menu button now available from main game
Improvements to UI in preparation for android devices
Android build hopefully coming soon

v0.12 Public
– Kittenna’s level 2 Progression – go all the way!
– Galaxy Map overhaul
– Galaxy Map is now a simple point & click system (like the fast travel previously)
– Fuel / Warp charges have been removed (fuel will return with planet scanning)
– Character icons now display where to travel for objectives / quests
– Added a generic sound player to sex scenes (slaps, slick sounds etc)
– Mia’s & Shuma’s objectives markers should now display correctly on the ship
– The new message icon that appears is now clickable and opens up the phone menu
– The order of text messages is now reversed (so the latest text messages appear on top)
– The location selection menu now also displays the area you are in, but is grayed out
– Whenever you change which character’s text messages you are viewing you automatically scroll to the top (before this was confusing people that they hadn’t received a text message)
– Multiple saves should be working as expected and you should be able to get up to 16
– You can now use the piece of paper on the desk to rename your character

v0.1
– Unfortunately I was trying to get the sneaking mission with Kaeryn properly sorted, but it just wasn’t playing ball. (You’ll see what I mean when you play it. There’s a couple of awkward cuts that should have a sneaking mini game.)
– I plan to add this in a future build Anyway, you should now be able to start the first progressions with Kaeryn, Nix and the twins; Marina and Karina.
– You can do Kaeryn’s quest when you get the package from Joira and any time after that. You should be contacted by the Red Queen, and then you’ll meet Kaeryn on Aquinas.
– Nix’s quest will trigger while exploring the universe after reaching the shower scenes with Lillith and rescuing Shuma.
– The twins quest will trigger as part of Nix’s questline.
-The next build (0.11) will feature the remaining NPCs that have been revealed so far. (Xian Tao, Ilyana and Medvala).
I hope you all enjoy!

v0.9
– Main Story Progression Part 1
– Introducing Joira, Naetu and Pauline
– Shower Scenes for each crew character
– These are repeatable
– Logic to determine who is in the shower (it runs through the same sequence)

– Creep now gives you 3,000 credits for working in the fast food place when you run out of fuel
– This is so players can complete NPC missions requiring cash due to the delay in the random mission generator system

– All crew are progressed to state level 1 (of Progression 1) in preparation for the shower scenes coming in 0.10!

I hope you enjoy the build, Mia was quite fun to write and a bit of a contrast to the other characters too. Let me know what you think!

v0.7.2.7
– Added Shelly’s first progression
– Shuma is now a full fledged member of the crew with Name sign above her room and a sleeping scene!
– All crew members now have dialogue after their first scene (some were missing follow up dialogue)
– Fixed numerous bugs around Shuma not appearing in the crew in certain conditions
– Updated the checklist code to be more future proof and in line with how other systems work

v0.5.2.7z
– Malaena Progression
– Saves are now nameable (for multi playthrough / character specific saves)
– Temporarily doubled the speed of the ship while the battle system is in development
– Can now get fuel without having to land on a planet
– Can now get to any planet you are docked at by leaving via the door in Engineering (no need to go into the galaxy map first)
– When docking on the ship you are now given the option to go onto the ship or straight into the galaxy map
– Behind the scenes – began a massive data restructure for many elements of the game, 0.6 systems will use these new data structures and hopefully should result in further decreased loading times for those experiencing high load times

Dev Notes
This game is in very early stages of development. A combat system is being developed for space engagement (turn based) as well as an on ground combat system (also turned based.)

When is the next update scheduled?
0.4 is out for $10 patrons on Friday 27th February. It will then be available to $5 patrons 2 weeks later and to the public 2 weeks after that.

Will there be a harem ending / harem?
This is unlikely. The main point of the game is to create realistic and believable personalities (in unrealistic bodies). I don’t want to spend the whole game building up characters to make them believable and then ruin it with a forced stereotypical harem ending.

Will there be pregnancy / X fetish?
No. I don’t want work on fetishes that don’t interest me. I won’t write it well or develop it well so people probably wouldn’t enjoy it anyway.