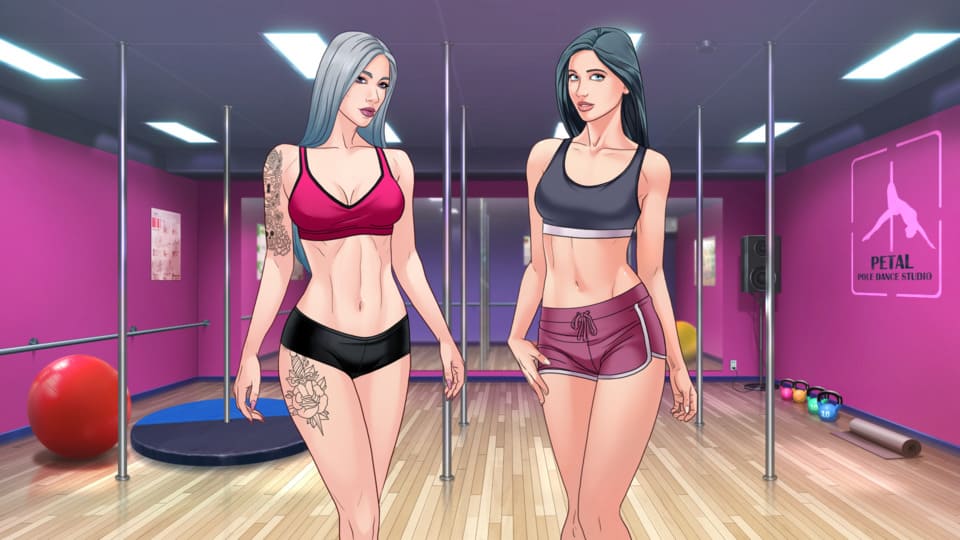 Our Red String v10.0 Final by EvaKiss, Our Red String is a game about you play as both Ian and Lena as you’ll be making choices affecting their storylines in many meaningful ways. As you uncover the world of ORS, you will face multiple-choice mechanics, branching story-lines and character depth and evolution.

v0.7 Revised
As I’m working on Chapter 8, I’ve also revised a couple things across the previous chapters. I’ve gone over Ian and Wade’s interactions, since there were some incongruities after tweaking Wade’s job situation, and this also allowed me to revise his and Cindy’s introduction in Chapter 1.

Having to work on the game release after release, and trying to publish them as fast as I’m able, means that I rarely get to revise what I wrote and polish things. I’ll admit I’m not a fan of going over what I wrote over and over again, but in this case I think that first scene flows better and represent the characters more accurately, since I didn’t know them as well as I do now when I first started writing them. It’s a minor thing, but to me it’s important!

I’ve also added two new tracks to the soundtrack, now Cindy has her own dedicated theme, as she should! When she appears on screen she usually steals the show, and she needed some music to highlight the impact she has.

Anyways, just a few small changes but I thought they were worth re-releasing this last update.

v0.7 Beta
It’s finally here! Chapter 7: Heavenly Sins is finished. The Beta corrects a few minor bugs and spelling mistakes present in the Alpha and adds a few tweaks to some scenes that I felt needed to be modified, but it’s subtle stuff. Updates to the Agenda section are still needed and will be implemented in the Final version, which will also contain a new sex scene, so stay tuned for that!

This has probably been the most challenging update I’ve pushed out so far, and it took me longer than I anticipated, but I think it’ll be worth it. Thank you so much for your patience and support, and I hope you really enjoy this one!
This update is packed with the most amount of content I’ve ever crammed in a single episode, it has 80+ full-screen, full-color illustrations, 20.000+ lines of narrative code and sex scenes with over 10 characters. Be mindful, to see all possible events you’ll have to go over the chapter at least two separate times, and a lot of what will happen is dependant on your previous choices.

Did you Lena tell Louise about Jeremy’s games, causing them to break up, or are they still together? Did Lena sleep with Robert or rejected him right away? What’s Ian relationship to Emma, Alison, and the other female cast? Try different choices to discover wildly different scenes.

v0.6 Final
Thanks to everyone who helped me polish this and reported any bugs. Everything should be fixed now, and I also added a couple new small features.

Hello! As I said on my previous post, I’ve been re-working some stuff on ORS and here’s the result! Having some free time during September helped me see a few things that needed to be improved and tweaked to get a better and more polished product, and I want ORS to be the best it can be…

This means, as always, that there might be some problems moving forward if you use old save-files. I know it’s annoying, but this is a work in progress, after all… You will be able to play chapter 6 with older saves, but is probable at some point you’ll experience some minor bugs, or have problems accessing new scenes, so I’d recommend starting a fresh save at some point. I’ve tried to make starting over worth it, though…

So, what’s new in the enhanced edition?

I hope you enjoy the new version and keep supporting the game moving forward. It really means the world to me.

v0.1
This final release of Chapter One has a completely reworked sprite system

To install a JDMOD, follow these two simple steps:

If you executed the instructions correctly:

You can uninstall a JDMOD by deleting the folder named “JDMOD”. I recommend doing it before installing a new version.

Download For Official Gallery Unlocker
MEDIAFIRE *Official Gallery Unlocker By Eva Kiss in their Discord. Working in 10.0 FINAL.
Extract the folder into the same folder that have the .exe file.
Unofficial HOTFIX (GALLERY HOTFIX)(MIGH NOT NEEDED ANYMORE)
HOTFIX UNREN *This fix removes the error when viewing the gallery and adds the new Emma scenes. As Eva went back and edited the Chapter 8 – Emma x Jeremy scene you will need to replay it to unlock it in the gallery. This is not compatible with the current gallery unlocker or any other mod that edits the gallery.rpy or chapter_9.rpy file.