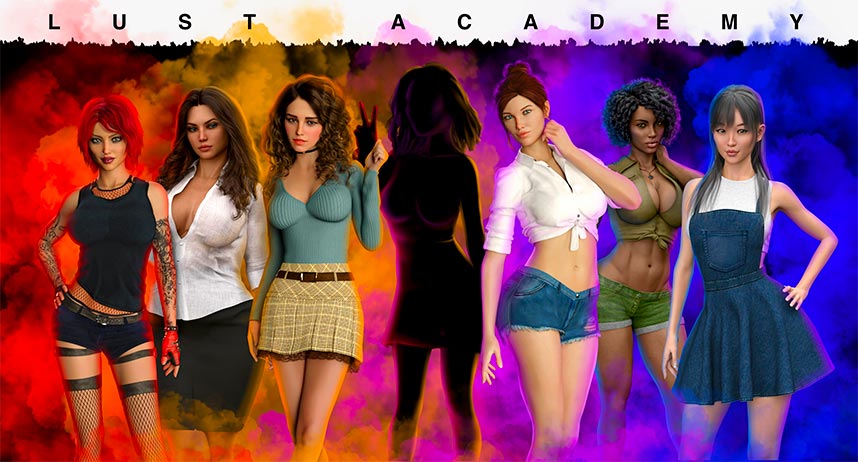 Lust Academy S2 v1.6.1d by Bear in the Night, Lust Academy is a game about You play as a normal 18 y.o. guy who’s life is about to change forever! You’ll find out about the whole world full of magic and adventure that awaits you at Cordale – the oldest academy of magic and wizardry in the New World. The most important thing: don’t forget to get to know other students and teachers! We’re sure you’ll find most of them… charming!​

With that update, we can proudly present you with the final version of Lust Academy 1.6.1. And here what it contains:

Season 2 v1.1.1d
Access to the first part of the Season two prologue. Travel with MC to Samantha’s parent’s house and spend some quality time with Samantha, Ashley, Olivia, and Don. Solve the mystery of Mister X and get ready to travel back to Cordale academy of witchcraft and wizardry!
We know you’re interested in details, so here’s what you get playing Lust Academy Season 2 v1.1.1:

If you’ve already tried version 1.1.1. you’re probably interested to know what’s new in v.1.1.1d.
And to be honest – not much. This patch is about polishing scenes, fixing some typos, improving dialogues, etc. So the list looks like this:

– More than 550 new top-quality renders with your favorite characters!
– Over 27 new 60-fps animations! Careful not to get burned, ’cause some of them are scorching hot!
– Reworked avatars for Character Info and Calendar.
– Reworked Character Info sorting system.
– New potion lessons and new recipes to learn.
– New potion crafting system.
– House points distribution system reworked.
– Inventory and profile combined.
– Notifications reworked.
– Tutorial improved.
– Reworked and improved Lustagram mechanics.
– Added new content to Lustagram.
– Added LGBTQ+ switch to Settings (can be enabled/disabled) at any point.
– Added personal LGBTQ+ switch for characters that have those in Charinfo.
– Added $50 allowance bonus for the house that wins the weekly competition.
– Improved some old dialogues.
– Repaired menu and interface bugs
– Fixed bugs in the calendar
– Fixed minor bugs all across the game See How to Transfer Save Lust Academy Above!

All Gallery images have been unlocked .
All Quests completed
(End of Gameplays Saves included)
NB.
These Gameplays are for the SANDBOX mode

Hope this helps, good luck and have fun.

PS, BUG?
After Looking at the bottom picture in MC’s Rm
and Choosing “Relive the Memory” All saves are
now Labelled “Xmas” and not “SANDBOX”

(outdated for now!) **Merge the folder “game” from the mod with your Lust Academy “game” folder

Download For Guide + Gallery Unlocker
ENABLED DISABLED *For any one who wants a Guide,
Here a copy of Gameplays
Between them, All Gallery images have been unlocked and All Quests done
Hope this helps, good luck and have fun.

Where It All Began [Ch. 2 Full][Oceanlab]