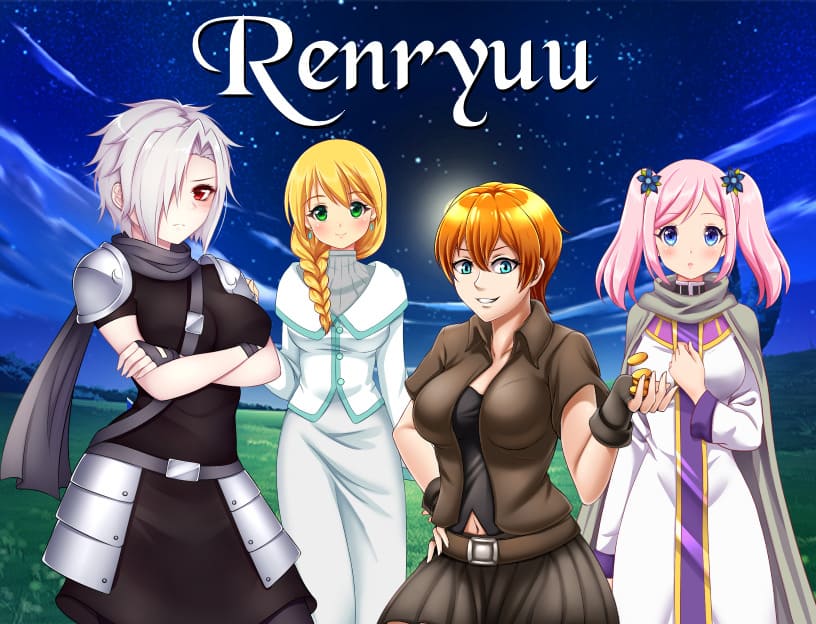 Renryuu: Ascension v20.09.21 by Naughty Netherpunch, Renryuu: Ascension is a game about follows the story of Ryen, a half dragon-half human. After some sudden events Ryen becomes the King of his country and starts his dutys as the King in the castle while also traveling around when needed to take care of many problems inside and outside of the country.​

Installation
– Extract to desired location.
– Run.
Changelog
v20.09.01
– New events for the Thremten thieves guild. It starts at the guild when you talk with Flaire. It requires that you advanced the main story to the point where you talked with commander at the Whitestone Citadel to get access to the Dhranholl mine for Katryx Ore (during the events to defeat Lace), you need to be either on Moriko’s good path or when you raped her you need to have her second sex scene (which happens at the thieves guild), and you need to finish the events where Jenny was arrested and you investigate with police officer Nori to release her.

– After the events with the thieves guild, you can find Nori in Aldlyn for a new CG scene.

– Choosing the bad path for Flaire will give you a CG scene with her in your secret prison.

– When Moriko is on her good path, she’ll get her first good CG scene after the events with the thieves guild.

– During the events with Queen Apelia of Begus, you went to Pumumu and talked with their leader Rutia. You can now find the girl Lili in the village after that event is done, and after a short introduction, Lili will move into your castle.

Her events currently end when she moves into your castle, but more events with her will be added later.

General information:
– You can continue to play your old progress by copying the old save folder into the folder of the new game version.
– Saveslot 19 and 20 are used for auto-saves. Don’t save your own progress there if you don’t want it to get overwritten with auto-saves or toggle off auto-saves in the main menu.
– You can find a “update files only” zip in the download folder, which contains only the changed/added files since the last version 24.10.16. If you already have the previous version you can download these files by themselves instead of downloading the entire game again. These files are not necessary when you download the entire new game version “Renryuu Ascension Testversion 06.11.16”.

I would appreciate it if someone could help me by writing a good summary/description of the game. I would use this to replace my outdated game description at the places the game has been posted.

Characters
Ryen:
The main protagonist. He is a dragonic, half dragon-half human, who is definitely better with the sword than with words. He can be cruel and cold-blooded at times but he usually doesn’t enjoy murdering. He is simply so used to killing that he has no hesitation about it and it invokes no emotions anymore.
After his troublesome and bloody past he went to a military academy. He was hoping to change himself and find his peace of mind there.

Tsubaki:
A cheerful girl but none the less dangerous. She trained swordsmanship for most of her life, as it is tradition in her family. When Ryen joined the military academy and soon became it’s strongest, she started to hang around and train with him a lot in hope to learn from him. Since killing is no problem to her, she was fine with Ryens sometimes problematic attitude.

Trey:
The head of the royal guards. Trey is a brave and honest person, who has fought many battles for his beloved country already. It is his duty to protect Ryen as the new King.

Mira:
The angel Mira is really weak, but even if she can’t fight very good, her healing ability is still a valuable addition to every party. She is always cheerful and loves to help people, but there seems to be quite a big shadow hidden behind that smile.

Vampire:
The mysterious vampire is the tsundere of the group. She often gets angry when someone treats her like a child, but at the same time she secretly loves to be spoiled. Ryen finds her sealed away in a dungeon by chance, but it seems as if the two of them are somehow connected.

Mirel:
As most elves, Mirel is very skilled in handeling her bow. After her parents died she was raised by their towns chief. During her life, she had to endure hardships as a result from being an elf several times, so she wants to help in the fight against this racism.

Sandra:
A fugitive from another country, or atleast that what she claims to be. Her ability to pick locks and other skills leave some doubts to her honesty, but they often come in handy. It’s easy to tell from those abilitys that she used to live in the streets and managed to survive through them.

Brad:
A former slave that ran away from his owner. Having lost everything he ever had, he sure knows the true value of the word freedom and the price for it. Because he had to fight for the amusment of his owner, Brad is now a fairly good brawler.

Chiyo:
A young mage, who is still weak and ignorant to the world, but she has a big talent and improves fast. Her abilitys are mostly magic spells of different elements. She used to live a peaceful life in Amagal, until the Earl gained more power and suddenly things went for worse in the country.

Elly:
One of the very few gunslingers left in the world. Because her fighting style costs a lot of money, she works as a high prized mercenary. Usually she is a very calm and collected person but sometimes drinks a bit too much.

Ryoko:
A demon girl who has been a slave every since she has been a child. Because of that, she has a hard time making decisions on her own and has a constant urge to recieve orders from her master.

Kayelinth:
A young dragonic girl, who is still completely ignorant to the world.

Changelog
2020-08-10
The update advances the events of the Orchel refugees, and you’ll be able to finally help them out of their misery.
At the end of the event line, you’re rewarded with CG scenes for Sariandi and Lymseia.
The event line will start when you talk with Maescia in Orchel now, while Kayelinth is in your party, and when you had the initial dialog with the twins Rina and Rena.

Bugfixes:
– Initial dialog with Bristol was changed and should now display properly.
– Squads that were defeated will now be “alive” again in the next battle.
– Defeated squads won’t cause an invisible barricade anymore.
– You can now upgrade the blacksmith in Calbridge Stronghold on the overview map to produce steel once you have a mine to produce coal.
– The problem of black icons above enemies for android might be fixed, but I have to check if the fix actually works when I make the apk file, as the issue did not appear in the windows version.
– Barricades don’t drop loot anymore when you defeat them.
– The squad leader Fang can now act with 4 APs.
– The “Academy upgrade” research option was fixed.
– The message talking about an Iron Spear when you want to craft a Steel Axe in the armory was fixed.
– Changed the location of the treasure chest in the bonus battle, as it was unreachable in the previous spot.
– Price of “Special Arrows” in Ebron was changed, to ensure you can’t sell them for more than you pay for them.
– Lind will appear properly in the CG room again now. 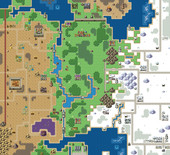