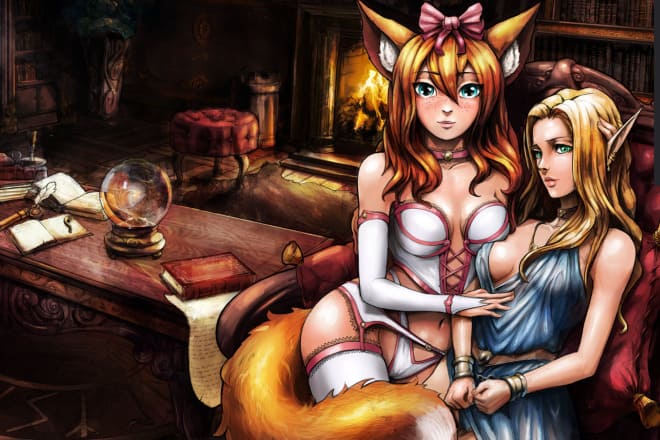 Strive: Conquest v0.6.2a by Maverik, Strive: Conquest is a game about a tech demo of sequel for Strive for Power. This game represents core changes and mechanics of the second game, but does not represent main gameplay focus or content and should be treated as rough ideas. Features:

v0.5.4
Obedience is now displayed as percentage
Default obedience gain is reduced by 25%
Now enemies can spawn with a rare traits which increase some of their stats, xp and item rewards
Great Seduce cooldown reduced from 4 to 2 days, Seduce cooldown reduced from 3 to 1
Alchemist class is now unlocked from the start while caster is locked by guild points
Archmage requires both Apprentice and Scholar to learn instead of requiring Caster
Assassinate now has 3 charges per day instead of 1
Firebomb base damage increased from 1.1 to 1.4
All obedience gains with skills is reduced by 25% for now
Slave delivery quest will not generate on a first week
Slightly rebalanced some enemy stats
Fixed clock going into 24 hours
Fixed food consumption tooltip not updating runtime
Fixed succubus lust drain skill not consuming mana on use
Fixed gauntlets crafting
Fixed some exploration issues

v0.3.2c
Added pregnancy descriptions and debuff
Breed sow class now lightens pregnancy penalty instead of reducing pregnancy duration time
Added an option to use bonus description text field for notes
Fixed some issues during character creation
Items during craft show in alphabetic order
Fixed some scene errors
Fixed some window errors when there was nothing to purchase

v0.2.1a demo
0.2.1a update released Fixed chest events stacking (and possibly some others)
Fixed mages election quest not completing properly
Fixed unlock of the traits which has been already unlocked
Fixed village events to meet slavers being unreasonably high

A New Game is STRONGLY recommended as of v0.3.2