VisitMama
Home Completed The Queen Who adopted a Goblin 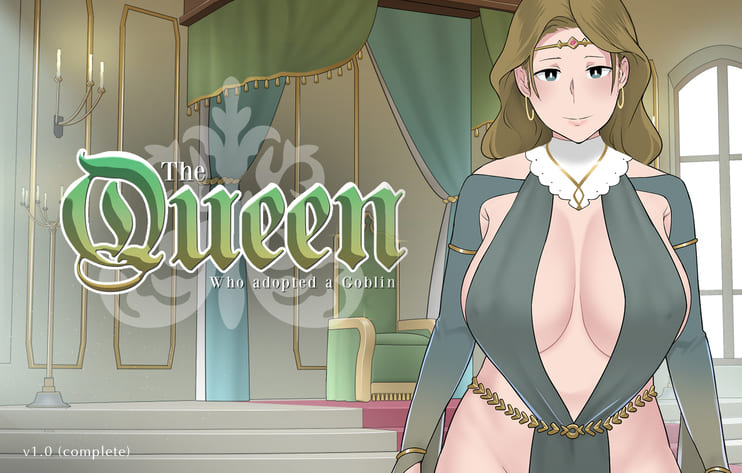 The Queen Who adopted a Goblin v1.0 by NTRMAN, The Queen Who adopted a Goblin is a game about in the Middle of the Spring, The Kingdom of Golden Kine just won a great battle against a great horde of Goblins, And thus, The king proudly. surveyed the aftermath of the battlefield with his beloved Queen to boast his achievement. However, within one of the destroyed catapults there, they find a lone goblin survivor In which the Queen took interest to and decided to Adopt it, To Discover and Learn how Humans and Goblins could peacefully co-exist. Thus her “discovery” begins, where as her Son will be the witness..​

New project already? Why not focus on Adelaide?
This project was already half-way done many moons ago, but I decided to complete it once and for all to de-clutter my working schedule and just focus on Adelaide alone. Which comparatively requires a greater amount of work compared to the other titles I’ve made before.

Will this have content update?
Nope. This project is complete and as is.

Why did you made a CG-Comic Version too? Why not just one?
Apparently, There are some people who doesn’t have the free time or proper device to explore the visual novel medium and while I do think the project is more suitable to the Visual Novel form, I personally think I still struggle to draw a proper Manga,( And i’m definitely working on that. ) and with this shortcoming of mine, I’d like to be able to provide a somewhat similar content to those people, especially to the ones who directly supports my projects financially.

Will this two-version (VN/CG-comic) medium applicable on all upcoming projects?
Unfortunately, No. This will only be limited to the projects that I think have a reasonable length to produce a Comic-form, As time is not a luxury of mine. Most of the time, mediums such as Short-comics will only stay as Comics, and VN’s will only stay as VN’s. I still consider both as separate mediums.

Are old projects involved with this?
Nope. Old Projects are as is and will remain on whatever form they were originally crafted for.
Join the discord channel for quick updates:
https://discord.gg/SQrSGp6

Patch 1.1 (Win only)
MEGA NOPY
Full Saves
MEDIAFIRE
WALKTHROUGH
For Queen POV/PATH Try chose all the second choices then I reloaded to see the outcome of both choices on the final part.

Keywords: Download The Queen Who adopted a Goblin Game.