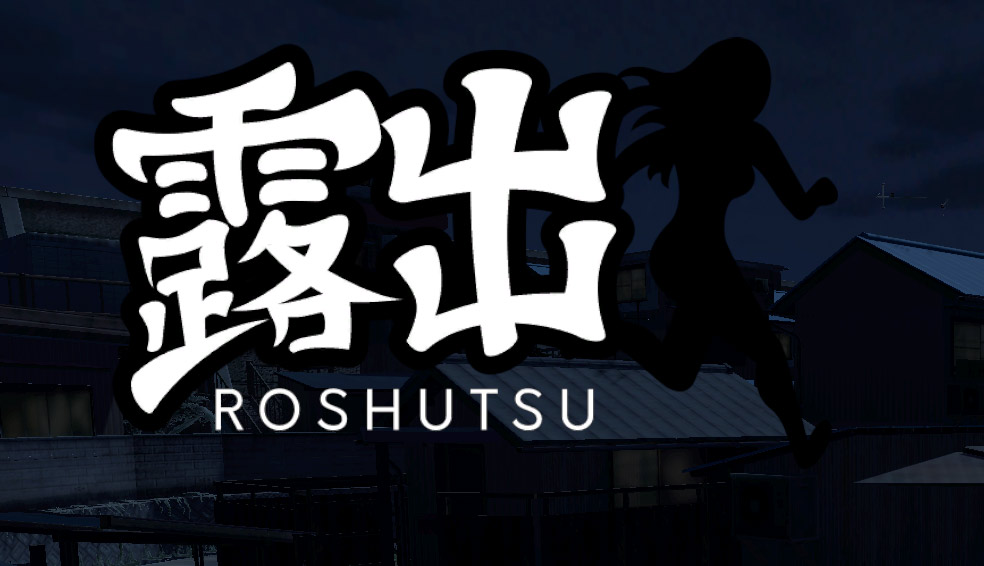 Roshutsu Alpha 5 by Jaguar, Rika Suto (須戸 りいか, Suto Riika) is a plain-looking 22 year-old exploring her newfound freedom away from home. She always had a dream of cosplaying in public, fantasizing about being surrounded by people taking her picture. The thought of being so exposed to others excited her deep down.

One day, she happened across JAV of a woman outside removing her clothes in public as onlookers watched. That video revealed a whole new world to Rika: exposure play. She quickly became consumed by it and fantasized about it every night: the thought of being so exposed, nothing to hide, everything visible to everyone; she couldn’t get enough of it!

Eventually she had enough fantasizing and set out into the night with a single goal in mind: to feel the cool night wind all over.

Play as Rika as she descends into the world of exposure play. Explore her apartment and prepare herself nightly adventure. Dress-up (or down) with a variety of outfits ranging from plain to fetish. Use her laptop to visit an exhibitionism forum to select daring challenges or upgrade her skills to become more bold and daring. Lay in bed or take a shower to relax or psyche herself up for the night to come.

Once you’re ready to leave and appropriately dressed (or brave enough), step out the door and into the night!

Installation
1. Extract game to its own folder
2. Run
Changelog
Alpha 5

This alpha is in active development. Many assets are either placeholder or missing and are highly subject to change. Additional mechanics have also not yet been implemented.

Controls
An Xbox One controller is the recommended way to play.