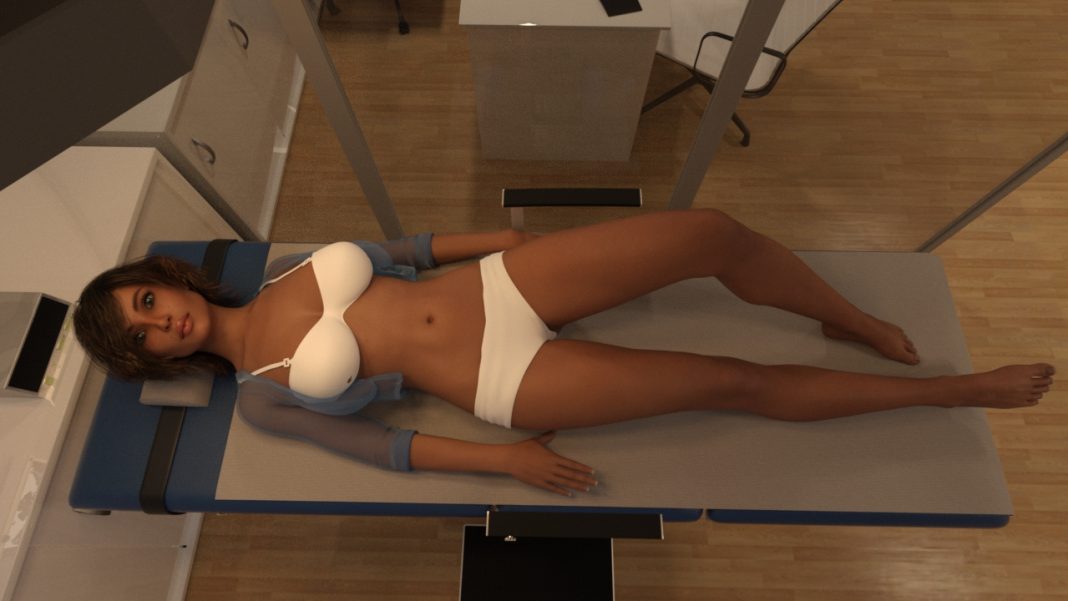 Live the everyday life of a General Practitioner: go to the clinic every day and meet new patients, develop your skills through study and manage your clinic and your staff. With dozens of items to buy and an always short budget will you be able to treat your patients in the best way?
General Practitioner features a very long and deep storyline which will take you in a world of mistery and deception. Explore the game’s main story while enjoying the other activities available in town. The whole game contains more than 40 hours of gameplay and it’s growing update after update!

Installation
1- Extract to desired location.
2- Click on “General_Practitioner.exe” to start playing.
Changelog
v1.9.1
GENERAL:
General Bug Fixing
Fixed an issue during Kavitha’s exam
“Strip Learning” event has been fully-added to the “Teaching Medicine” DLC story arc
VNMODE: Claudia won’t be upset with you anymore if you told your niece to pursue her dancing wish

These examinations won’t be available in EXAM MODE as it is linked to the story. However, you can play it by loading a save right before the game’s credits.
Brian’s examination will be available only if you hired Dr Borelli.

GENERAL:
Added an option to turn off NTR Content with Rita when starting a new game in both Visual Novel and Story Mode. You cannot change that option once the game’s started.
Fixed an issue which prevented, in some cases, to play the “Physician, Heal Thyself” doctor’s own examination by his relative. The issue occurred if you didn’t hire all available physicians.
This examination is not available in Visual Novel mode.
Google Analytics’ choices tracking system has been removed from the game.
Various bug fixing
Fixed a crash during Katia Lopez’s 2nd examination when performing MRI or Urinalysis
Fixed an issue which awarded -5 points for not performing an ultrasound exam on Felicity when it was not intended to be available.
Current release number has been added in the main screen on the lower right corner
Fixed an issue with Maryanne’s examination not giving you the right points and outcome for your choice to call social services.
Changed the way you can dismiss Lacey Greene when she comes for her third, fourth, and fifth examination.
GAMEPLAY:
A visual Novel mode is now available!

EXAMINATIONS:
New exam available: Kavitha (ID Code 6082756276). This examination has been written upon request as a reward for a pledger on Patreon. You can play the examination in EXAM mode and in Story mode after October 23rd, in-game time.
STORY:
A new ending and new dialogues have been written for Rita if you disabled the NTR content.
A new fully dialogued sex scene with Rita has been added if you follow her path and disable the NTR content.

v1.7.1
– Erika’s “good ending” has been rewritten and fixed. If you had a relationship with her and earn enough points a new scene will unlock with her at the end of the game
– Achieving the “good ending” with Claudia has been made slightly easier by lowering the number of points needed for it. All the other conditions still apply (i.e. choosing her as you romance interest).
– Added a dialogue option to dismiss Lacey Greene after her second examination when she comes to the clinic. She will be assigned to another doctor, leaving your care for good.
– Benedetta Borelli is now correctly referred to as “Psychiatrist” instead of “Psychologist”.
– Fixed an issue where, in some cases, you could have repeated the same examination more than once

v1.5.2
Updated Codex information about the SARS-Covid-2 disease
Made small modifications to Hann’s exam’s conversations to update it with new Infos about the SARS-Covid-2 disease since it was released.
Fixed an issue which caused Katia’s exam to crash
Fixed an issue which caused gaining money from staff to be unavailable if the option to show the daily report was set to OFF

v1.5.1
TEACHING MEDICINE DLC compatibility patch
Fixed an issue which caused more pediatric exams to be loaded in Random Exam Mode than intended
A new option to disable Pediatric Exams has been added in the Settings Screen. This option only disables Pediatric Exams in Random Exam Mode, story mode will still have scripted pediatric patients for story purposes.
Settings screen interface has been modified to include new options
When a pediatric patient is randomly chosen by the game a pediatric ward will be shown instead of the generic clinic
A conversation option to enable/disable pediatric patients has been added to Erika’s introduction to the clinic when starting the game
An option to enable/disable random examinations has been added in the Settings Screen. If disabled the game will pass randomly generated patients to a coworker every time
An option to show/hide the daily report (“Today your staff worked at the clinic”) has been added to the settings screen

v1.4
Greetings fellow doctors!
An update of General Practitioner is on its way to your devices! It fixes some bugs you reported and also introduces a new patient with a brand-new examination, codex entry and Steam Achievement as well! 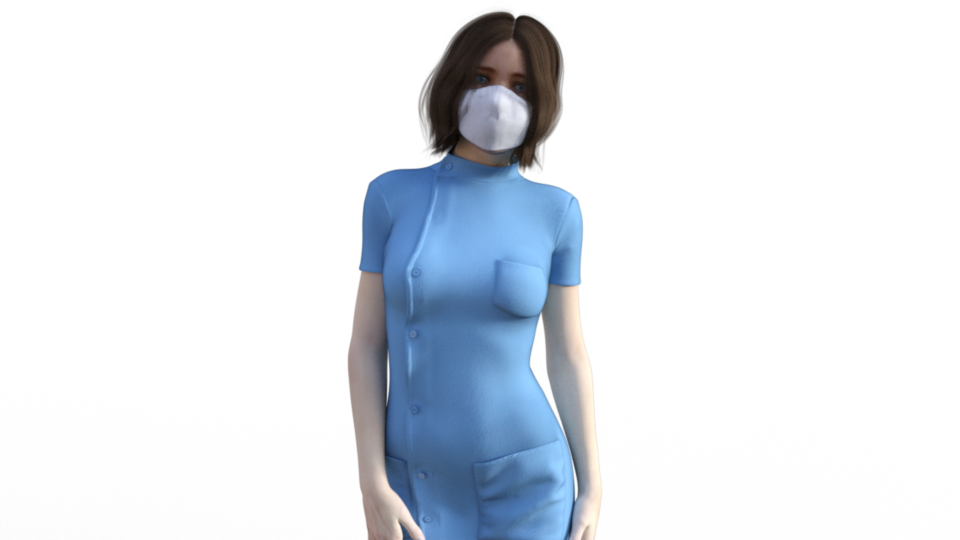 As you’re undoubtedly aware there is currently a worldwide situation with the new 2019-nCoV “Coronavirus”, which is causing serious concerns on the general population. I wanted our good Casanova Doctor to deal with the virus, so I’m introducing you Hann Mei, a Chinese social worker who goes to the clinic with flu-like symptoms for you to check out. 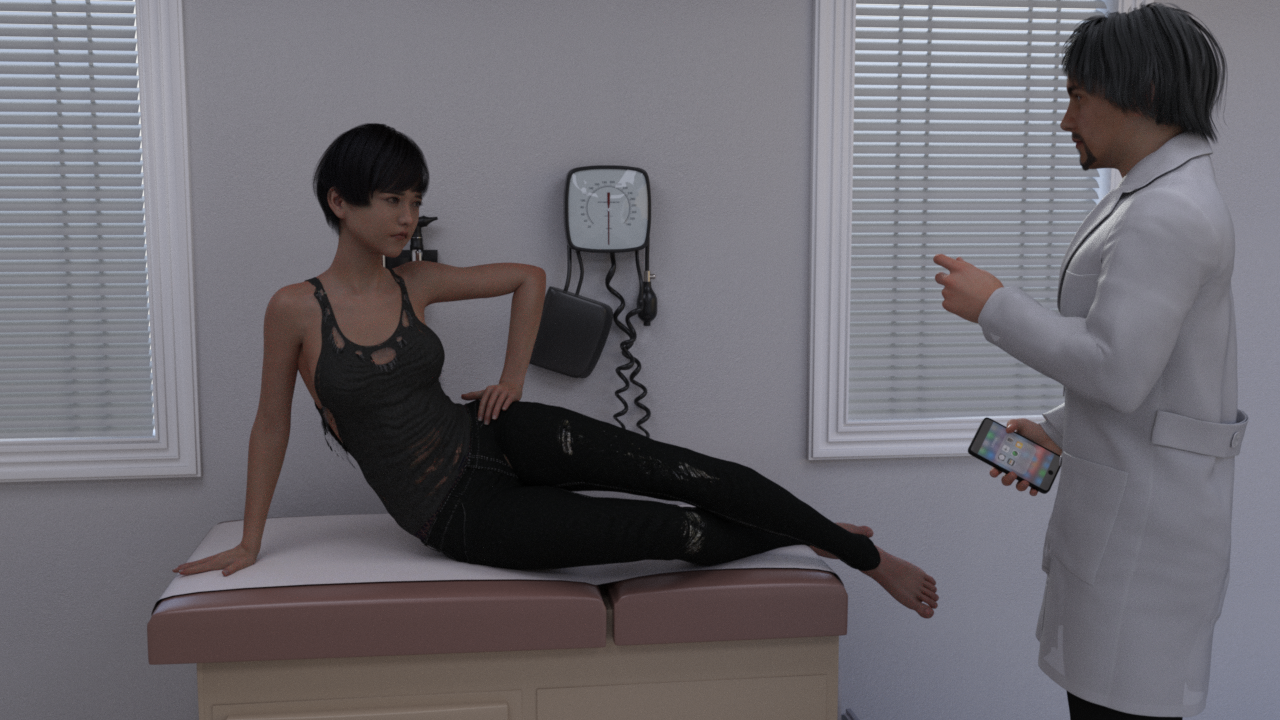 Medical authorities are trying to calm everyone down and don’t cause panic, and I strongly believe that’s the case. The Doctor is going to deal with his usual humor with the situation, but I won’t spoiler you anything because I want you to play the exam and enjoy it!
For those who don’t play “Vanilla” there’s also a brand-new sex scene to unlock, but that’s a secret you don’t have to share 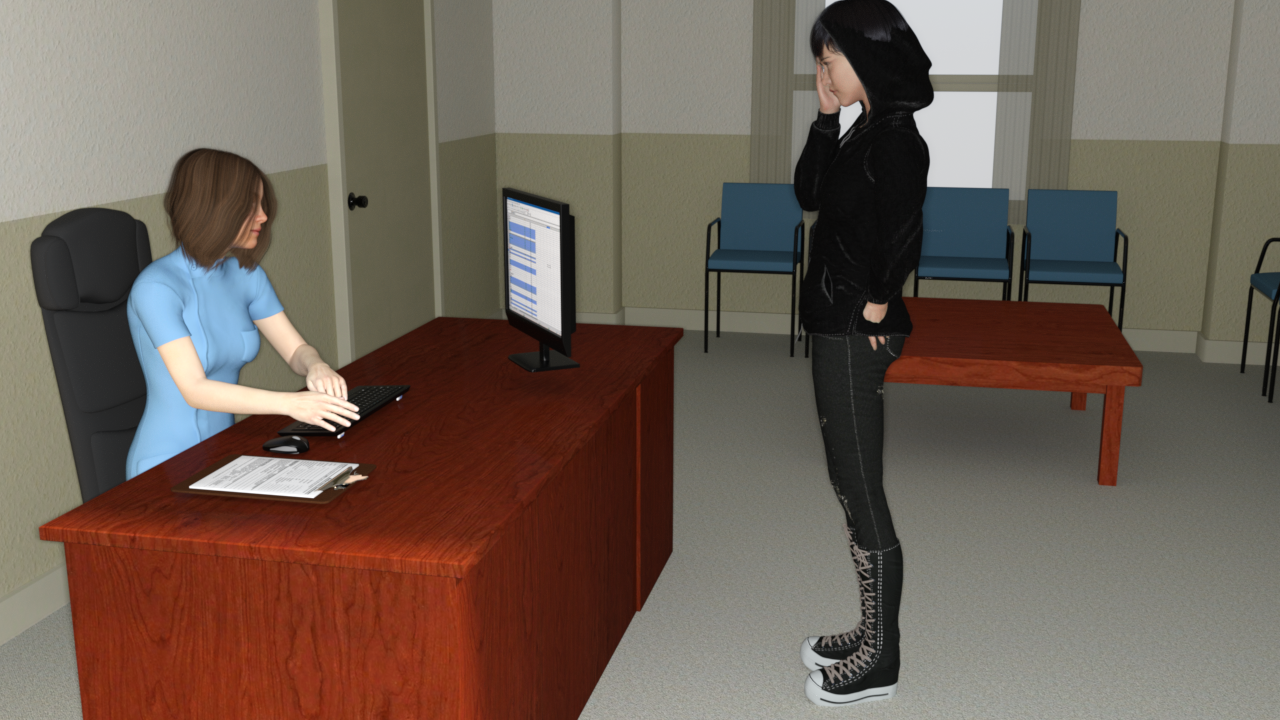 I hope you’ll enjoy this update, it’s my way to defuse the situation and play with it a little
v1.3.3


Each time you date a character in the game, beginning with Rita in the upcoming update “Ice Dream”, you can choose to bring them to a place you already discovered while exploring the city.

You won’t know if the date will go well or not, because that depends on fate (and your choices and comfort level of the other one). The more you build up your date’s confidence the more chance of success you will have.
Each character you date will have a pool of 50 different characteristics (i.e. people they like/dislike, favourite foods, informations about their family or job etc.). You’ll randomly get to know a different characteristic each time a date will go well and, since they’re random, they will be different each time you play General Practitioner or load a save game.

When you reach a predetermined amount of infos (and then you need to date that person more than once to get all, that also means that each game you won’t discover all fifty), the relationship will grow to a new step where your date will ask you (in a different way according to her character) if you really know her so well or if you’re just using them. You will need to answer up to 10 questions regarding informations you received while dating. If you answer 5 of them correctly you’ll progress in your relationship… if you fail at least 5 of them your date will leave you for good and you won’t be able to progress their romance further.
Each date’s outcome can be also influenced by what you already know (or don’t) about her tastes. For example you could learn Rita doesn’t like horror movies, so choosing one for your movie theater’s date won’t be the right choice.

Imagine the full game, as I am doing. In the full game you can date dozens of different people, each one with her own agenda and interests from a pool of 50. Since you can date just one each day you will need many hours to date everyone and you need to remember what turns them on or off (like you would do in real life). This way the game will be challenging enough without becoming frustrating and each playthrough will be different so you won’t know what to expect.
Images