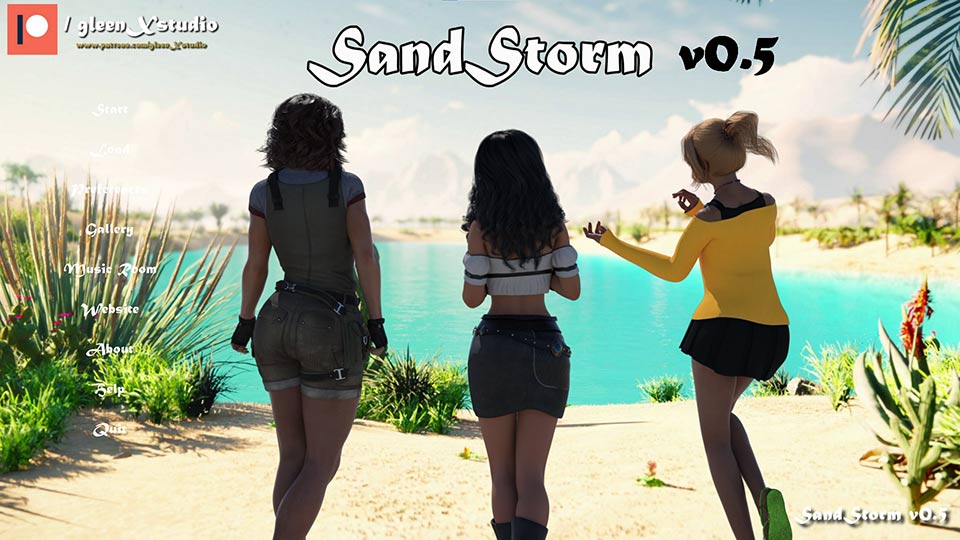 2021-11-06
v0.8:
This action-oriented update brings you to the middle of the 4th day with very different paths.
Complete rework of the Music Room with 80 songs to unlock divided into 4 themes
New feature: Replay Room, to review/replay important scenes and animations
Gallery updated up to v0.8
350 new renders
4000 new lines
4 new animations
6 different paths/endings

2021-07-15
v0.6:
This update will make you progress on the main story with a few revelations (mostly Maddie/Priestess) and a few lewd scenes (mostly Rion/Nora).
Note: The route where you follow the priestess is short in this update on purpose, to not reveal too much mystery compared to the other routes. You can expect bigger content for that specific route in the following update.
275 new renders (total 2600)
2800 new lines (total 21800)
A few new animations (total 45)
A few new soundtracks (total 90)
The font has been arranged to be easier to read.
New end screen with hints

2021-04-30
v0.4.5:
This update will complete the second night with several scenes with Tal, with multiple outcomes, and then will bring you to the morning of the third day. There is also 2 bonus flashback in Maddie and Rion routes, and an action scene to announce the start of another epic day.
175 new renders
1200 new lines
A few new soundtracks
Introduction of a new parameter: your evilness level.