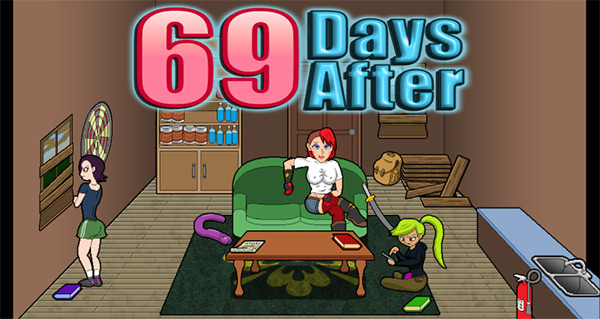 69 Days After by Noxious Games, 69 Days After is a game about “A little over 2 months ago society collapsed, a viral infection is causing the dead to rise and eat the living.
We have found refuge in a small cottage inside a shallow gorge, along a river bed. We don’t know how long we will be able to survive here, or how the rest of the world is fairing.
All we can do is our best to survive, while searching for signs of civilization.”

Manage your resources, find food and water, contend with your natural desires, and avoid falling victim to someone else’s. Collect items to help you survive, explore and launch expeditions to gather resources, but be careful. Unlock all the Polaroids by playing the game and experiencing different possibilities.​

v0.4
Gameplay
-Added an option to view Tutorial screens when you start a new game

Locations
-New Explore location; Run down house, this location has a few different events which can happen inside

Exploration
-Added some new Exploration events, a few useless events which don’t turn anything up at all, but describe the world a little better