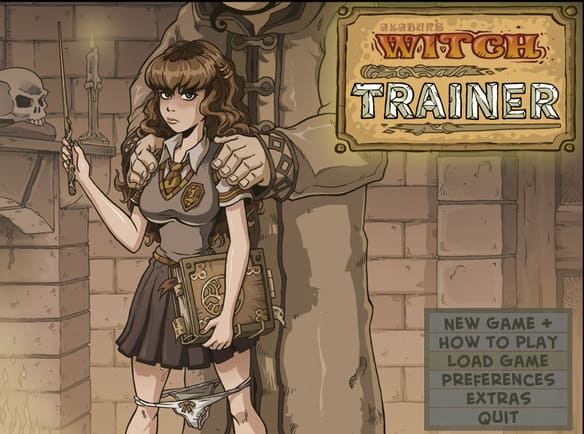 Witch Trainer [Final] by Akabur, If you have played Princess Trainer, it is very similar. It’s simpler, with fewer mechanics, characters, scenarios and secrets. Besides the
Miss Granger, the evil Severus Snapes, professor of the Slytherin school, appears as your crony of misdeeds.

The game is placed as a prequel to the Princess Trainer, a little after the Magic Shop events, in which by an accident with the potions that
They tried to increase the bust of Princess Jasmine the Genie is transported to a parallel reality where he replaces the famous magician Dumbledore.

Miss Granger has become a headache for Professor Snapes, and next to this one you will try to “put in waist” to this one,
developing not only his personal growth but also affecting other characters such as Snapes, Harry or Ginny, although these are only mentioned.​