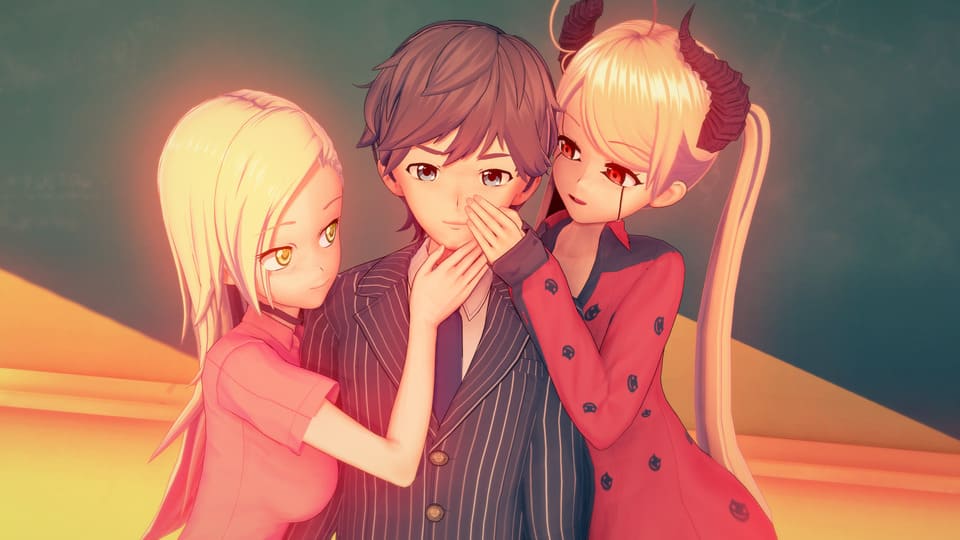 Winds of the Destiny v0.6.0 Beta by Golden Novels, Winds of the Destiny few manage to be masters of their destiny. Many give in to duty, others try to rebel and fail in the attempt. What will be your case? Dare, find out. You could say you were leading a normal life, but you always felt different from the rest. You returned from Canada to your hometown after Mom passed away. But everything changed radically the day you met Ceina, (ex) Queen of Heaven.

v0.5.0
Attention: It is necessary to start a new game. If you use a previus saved game, errors are likely.

This new version is a bit short in terms of content in history, since I could not put more due to time.
I inserted two new modalities, a calendar that will mark the day and date present at the time of the game, and also a cell phone that will be unlocked after we meet Asagi. In this cell phone we can observe the amount of accumulated points that we have with each of the girls.
I have removed some unnecessary dialogs, as well as fixed some transition effects.
I know many hope they can spend more time with Yuri and Bonnie, and they will. But as I said, in this version it could not be because I ran out of time, and I did not want to make them wait any longer or create something short or bad that would serve as an excuse to arrive quickly at the time of the appearance of the girls.

+ 350 renders.
+ 2 simple animations not NFSW.
+ 1 NFSW animation.
+ Fan Arts section added.
+ Music and sound effects.
+ Changes in the dialog box. A new option has been added that allows us to change its transparency to our liking.
+ End of chapter 2. This version contains previews of chapter 3 (not necessarily the next version).

v0.3.0
-This version does not contain spoilers from the next chapter.
-The images with phrases have not been translated into Spanish.
-It still contains some spelling mistakes (if there are a lot of annoying mistakes you detect, I’ll release a patch).
-The compressed version does not contain a dialog box.
-Android animations play very slowly if your phone is not high-end.

v0.2.5
+200 renders added.
+ New music and sound effects.
+ New dialog box.
+ The inclusion of credits, in which appear the people who have helped make the project a reality (patreons, .
+ Changes in the presentation of a new chapter.
+ This Version does NOT contain spoilers for the Next Chapter (As Chapter 2 is still a work in progress).
+ Correction of spelling errors.
+ Working on improving animations (Bonnie in bed and Siri in her bedroom). After that I will work on rendering Ceina’s animations.