Transylvania v0.2.19 by XFiction, Transylvania is a game about you are Alex, a poor student that decides to take a summer job working as a receptionist at the Crooked Elm, a hotel in a faraway mountain village deep in the Transylvanian region. Quickly you realize that nothing and no one in the village is what it seems, and every passing hour has you more embroiled in the mysterious happenings…​


=The wolf=
-added a new possible variation for the werewolf encounter on your way back;
-added new art for this encounter;

=Elise=
-added a completely new event when you meet Elise for the first time in Chapter 2; This event is different based on your previous choices with her;
-added Elise’s room;
-added the ability to engage Elise as a succubus in her room, with 1 feeding scene with several variations;

=Game of Pool=
-losing the game of pool is now connected back to the main loop (no longer brings you to the “end of content” screen;
-wearing the plug after losing the game of pool will cause your succubus hunger to increase more quickly;
-changed some descriptions to emphasise the transformation into a succubus (work in progress);


Balance
-sanity is now capped at -100;
-lust is capped to +50 in Chapter 1;
-Sabrina’s potion in Chapter 2 will now give you more clarity on average;
-shortened the overall waiting time during work;
-added an option to wait in the forest by the Hunting Cabin if the entrance is unavailable.
-added a special case if the player didn’t buy any clothes in Chapter 1;

Fixes
-fixed an issue of an incomplete TF description after Sabrina’s ritual if your last chosen path was a change in breasts;
-fixed an endless loop in exploring Sabrina’s scenes where you could return to the ritual even after liberating her.
-fixed a broken nav node in chapter 2;

UX
-reworked the “inventory” tab;
-reworked the screen to Simulate Progression to Chapter 2, adding new options and more control and polishing UI.
-updated CSS to improve display on different screen resolutions;
-improved spacing of text and choices in some locations;
-updated the “Settings” menu as well as the choices when you begin new game;
-created custom icons for checkboxes and updated a few icons;

v0.2.17a
I am pushing a quick update to bring 2 critical fixes, important improvements, a new feature and a download version of this patch.

The Raven
-added “The Raven”, which appears on the bottom of the side bar and can be clicked;
-The raven is disabled by default but can be enabled through Settings;
-Clicking the raven will provide the player with a hint on how to progress, although there is a chance to receive a random quote or comment;
-if the Raven doesn’t think that you need help right now, you will always get a quote; 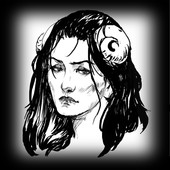 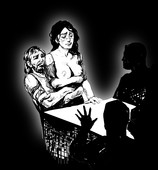 Foot Of The Mountains 2 [v4.0] [SerialNumberComics]