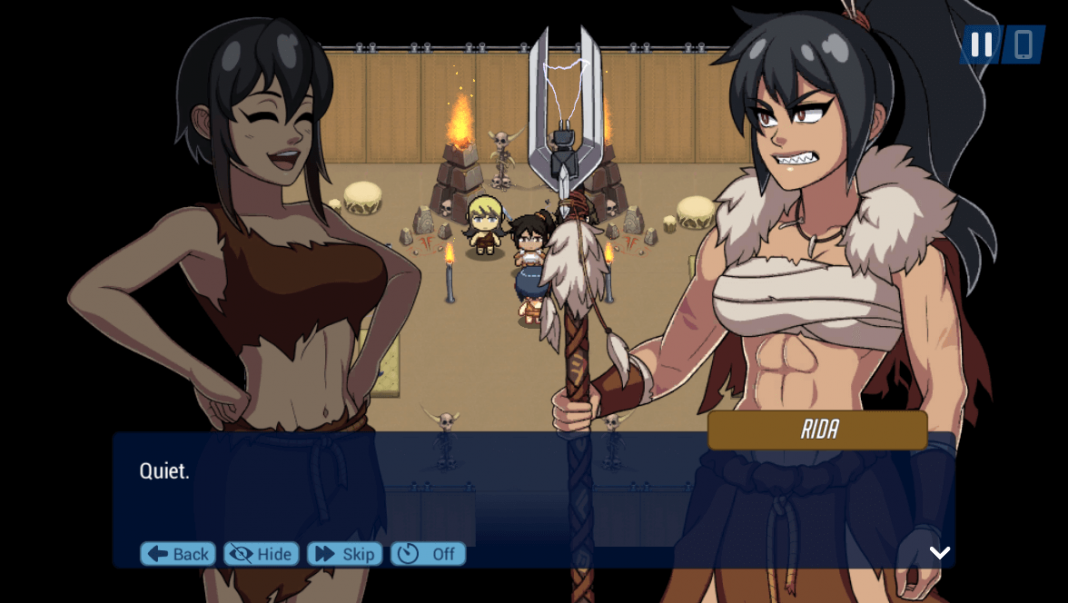 Third Crisis v0.45.0 Patreon by Anduo Games, Third Crisis is an adult tactical-RPG that follows the adventurer and hero known as Vibe. After a mission gone wrong, she’s forced to adjust to her new way of life in the lust-ridden town of Carceburg. Whether she gives in to the bliss of submission or uses her sexual appeal to her advantage on the battlefield is all up to you! As you delve deeper into Carceburg’s mysteries, you’ll come to uncover the secrets surrounding the crisis that saw humanity defeated and enslaved by the sinister organization Peitho.​

● Added a new animation for Leila training in the Peitho route.
● Added a new animation for Jenna testing a Peitho toy in the Peitho Route.
● Added new Pinup to the Clothing store, made by @KezieDra.
● Added more of a “warning” for the Peitho Route.
● Added a popup to skip going back to the motel to sleep during many side route events.
● Added a button to the Bar Mixing minigame to skip it when Skipmode is enabled.
● Added UI to the shop that lets you know if you’ve already have an item in your inventory.
● Added replacements for old placeholder art. If you find any more, please let us know.
● Fixed Christmas Hat layering.
● Fixed Chokers not being displayed correctly on many outfits.
● Fixed Nipple Piercings not being displayed.
● Fixed a bug that caused Animations not to play when loading a savefile while an animation is playing.
● Fixed the Job Board not displaying properly.
● Fixed Jennas Expression getting stuck.
● Fixed the game crashing when opening the Missions menu while the spanish translation is active.
● Fixed Journal entry being hidden behind a tree.
● Fixed a bug that would prevent the player from exiting the Motel when saving in a precise moment of the Motel intro cutscene.
● Fixed instances of Jennas Eyebrows being duplicated.

This month we’ve got a batch of new main story content and a leap of progress in updating the ass-grope CG to the new art style along with new side content for the Peitho route!

Cheats
1. Open the pause menu or be in the main menu.
2. Open the Options menu.
3. Click the ‘Game’ category.
4. Set ‘Enable Console (~)’ to ‘ON’.
Then they can use the tilde key to open it and type or paste in Gallery.UnlockAll
Or various other codes explained here:
https://anduogames.wordpress.com/2018/05/03/guide-to-the-console-in-third-crisis/
Images