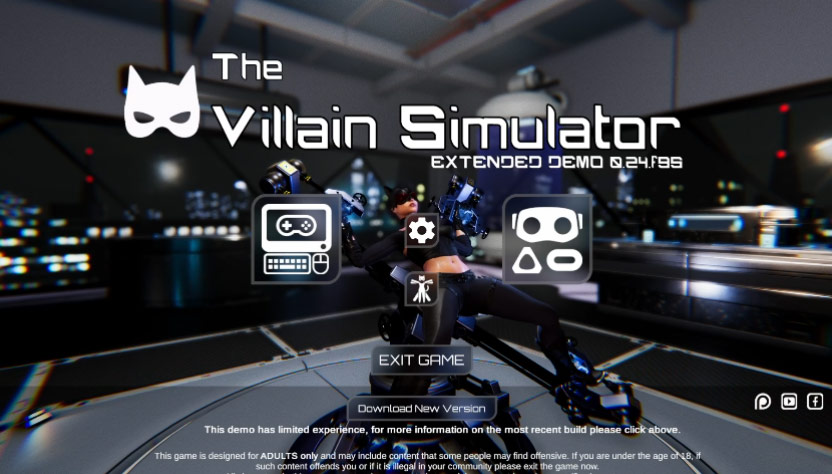 The Villain Simulator v33 Beta by ZnelArts, The Villain Simulator is a game about Did you ever watched that old Batman show where him and Robin were always about to die in a trap, and then in the next episode they managed to escape from an horrendous dead? Well… No More!! I always fantasized with the idea of the Villain actually winning, this is about that with the sexual element added to it.

Beta 26
many bugs fixed, many requests added and it includes the 1st level with The Synth.
Beta 25.1

What’s coming in the next update:

Beta 23 is out and it comes with a whole new and hot feature.
The Armchair Device
This device will be used once you make your captives submissive, what a better way to dominate and humiliate your victims than to make them do whatever you want with them.
Submission is a feature I will be add later on but basically you have to first dominate and break your captives before they will be willing to do any of the actions in this device.
Beta 23 comes with the initial implementation of this feature containing 2 dancing and 1 intercourse scenes.
In addition to the chair I also added what is going to be the Player’s Body. For now it will only be visible when you sit on the Armchair because it is needed for the intercourse scenes but eventually it will be visible all the time.
Another nice addition is a new UI indicating the Hand Mode selected, I noticed new users were having problems understanding what different actions were available and how to activate them, now this is self explanatory:
There is an update on how the Climax Gauge is filled now, once you reach to the required arousal you have to hold it and the climax gauge will start to fill, depending on how much you fill it will determine the intensity of the climax.
The latest big thing I added was to the Character Creator, I added 31 New Costume Items of a wide variety, from underwear and lingerie to Sci-Fi Armors. I also added a couple of new hairs and skins to further customize your own characters.
Those are the biggest changes in Beta 23 but is not all of it, as always there were a couple of improvements and you can find below quick list of the visible changes:

Character Creator Early Access
Now from the Main Menu you can access the Character Creator Screen, in here you can use the button on the left to customize the shape of your character and then save it on one of the 5 slots available. Once you save it you will be able to load it in the game using the Character Selection Console.

Why is the character red? How do I change the skin?

I have not yet added textures to the new model I’m using for this feature, this will be ready soon and available for beta 19 with the ability to import your own textures! (hey modders)

Devious Device
The new machine is available now, this one sets up the scenario for a new mechanic, Slapping.

Slap and Punch
On this build slapping is only available for VR as Im in the works of porting this to Desktop Mode. The game will detect if you have your hand open or closed and apply the right effect when interacting, additionally I have added a decal system allowing the interaction to paint details on the characters, like slap hand prints. I will gradually leverage this system to add details when interacting with the other items.

Anything else?
Yeah, as usual I read your feedback and I have been fixing some bugs, improving the interactions and overall keeping the game up to date with technology. Here is a list of additional major things that changed:

Dev Notes
I present you The Villain Simulator Extended F95Zone Demo.
This is the biggest extended demo I have ever made public and it has:

It even has some non released content. Please let me know if you find any issues with it, bugs or broken things, I will try to fix them.

Thanks again for the Support and I hope you like this build, and… consider supporting me as it would mean a lot. I am really close to become a full time dev for this game and with your help I might get there, that would mean I will get to work more on this game and deliver it quicker.

Finally, it would be nice if you could update the thread and share this demo build if you like it.

Enjoy and have a great day! 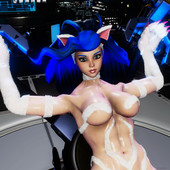