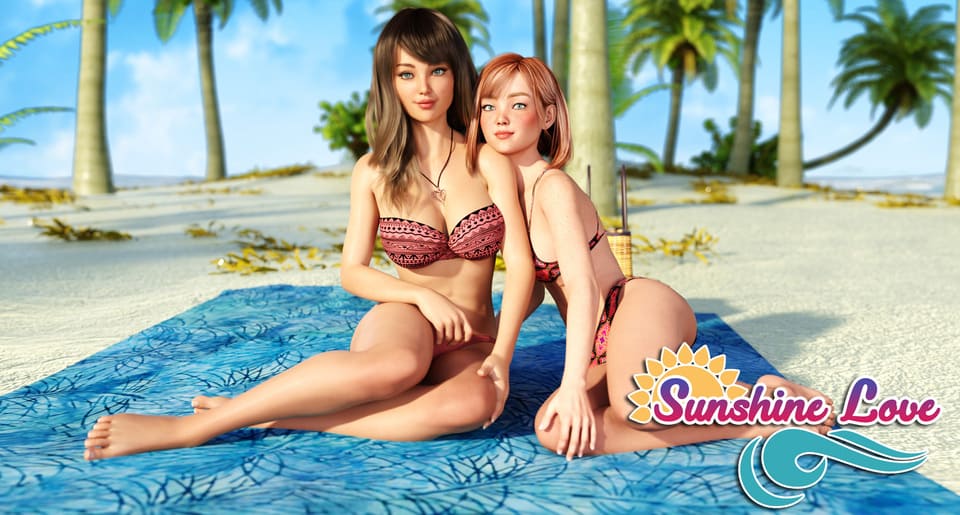 Sunshine Love v0.0.7i Extras by Mr Dots Games, Sunshine Love is a game about you play as the main character who finds himself having to travel from his home to Sunshine Bay near the start of the game. He goes there to help his sister run a Bed and Breakfast Hotel, which is located in Sunshine Bay. Your objective is to help her create more business for her flailing hotel before it goes into receivership.

You will stay there during the usually busy Summer period, or three months if things go well. You will also be given the task of helping her to recruit other people (or characters) in the town for specific positions at the hotel (e.g a cook, a maid, a receptionist, plus other jobs!). As the game progresses, you will get to know some or all of these characters a lot better, and you will have the option to choose to see them as a work colleague, friend or maybe even something more!​

This mod adds an in-game walkthrough for every important choice in the game Sunshine Love! If a choice gives points or is required to see a scene it will be highlighted green so you don’t have to worry about missing points or scenes. Choices that aren’t important and don’t have lasting effects aren’t highlighted so you still have freedom and can pick your preferred choice.

I’ve also added a button on the bottom of the Reward Extras screen that will unlock all gallery images and gallery scenes. This cheat is optional and doesn’t have to be used, so you’re still able to unlock the rewards normally if you’d like.

Lastly, I’ve made improvements to a few events in the game so you can now see some extra content that you wouldn’t normally be able to see in a standard playthrough since some scenes in the game cause you to miss points if you view them.

PC: Unzip the mod and put the folder named “game” from the mod in your “SunshineLove-0.03i-pc” folder.

About this update
One thing we should address is how we set up each of our updates, in terms of the days and weeks that pass with each release.
It’s pretty similar to what we did for our second game “Melody”. Normally there will be two days in the game, and they will be set during a specific week.
Each day could be either the start, middle, or end of the week. Be sure to keep an eye on your tablet in the top-right hand corner of the screen (see pic below).
This new update is set during Week 2, and the two days are for the start of the week, and the middle of the week (a few days later).
Time skips may become a regular feature across the duration of the game, and we will be sure to let you know more about that with each release.

This update again has some focus on you helping your sis fix and replace things at the hotel to make sure it’s ready when it’s officially re-opened to the public.

There are a number of characters that you will continue to build your work relationship with as well. So make sure to pay attention to the information and tips that they give you.

But this update isn’t just about work. You’re in Sunshine Bay to have fun too!
What kind of fun you might ask?

How does learning how to surf with Cousin sound?

Or being invited to a special evening event in town by The Twins, Ivy and Lily?
What about taking a “special trip” with the adventurous teenager Yuki?

Are you able to resist the “Milfy” Ashley’s charms while you’re desperate to learn the truth about why she and sis moved out nine years ago?
What about a night out with the desirable but mostly “off-limits” Victoria? And will it be a simple evening between future work colleagues, or will either of you consider it to be an actual “date”?

And what about your girlfriend Nicole that you left behind? Do you think you can make your relationship work with her over the summer, despite the long-distance that currently separates you two?

About this update
Unlike the first release, every character (that we shared previews of before the game was released) will feature in SL v2.

That won’t always be the case with every update, but there will be several scenes in the game where you can build your rapport or relationship with each of these girls/women.

This update focuses a lot on learning more about the characters you have already met during the first update, and also being introduced to some new characters for the very first time.

Make sure to pick up relationship points for the girls that you might be interested in romantically, as that will be highly important once you complete the Task List and then move on to the Hotel being at a Two-Star rating.

*There will be more information on that in a future game day post.

We have added 14 new sound effects (50 in total) into this update to hopefully give a bit more of a realistic vibe/feel about them.

Changes that we’ve made
After the first release, there was always going to be a few things that were going to work well for us and some not so well.

So in other words, it was a typical first release for any developer.

We received a lot of suggestions for what we could do to improve your game-playing experience and we’ve done our best to include some of these changes for you.

Changes and edits:
– Fixed previous grammar errors and bugs, changed some lines from v.1 that were minor plot holes.
– For this update, we have spaced out the locations of the Doughnuts in this release, rather than grouped them all closer together.
This will mean the Doughnut notification sound won’t come up too frequently (unless you’ve switched it OFF of course.)
– We have also put another new option into the menu for when you are searching for the doughnuts.

From this update onward, once you have found a doughnut, you no longer have to find the same one again, and the special render attached to each doughnut will remain in the special gallery. This will be known as the “Doughnut Reappearing” option.

So to have the Doughnuts not appear again once you’ve located them, set this option to “Disabled”.

Gallery Code
v0.0.5 Extras The code is “rebound”
Gallery Access Code How?
What is the Rewards Gallery?
The Peeping Tom Gallery is a special gallery inside the game, which includes sexy images of the characters in the game.
This will allow me to spice the game up a little and add some nice renders that otherwise wouldn’t happen in the normal story.
The code to get access to the gallery is: opening
(IMPORTANT: the code needs to be introduced in lowercase)
How to unlock the Peeping Tom Feature
STEP 1: GO TO OPTIONS AND SELECT EXTRA PREFERENCES
STEP 2: CLICK UNLOCK FEATURE
STEP 3: INTRODUCE THE CODE AND CLICK UNLOCK
STEP 4: YOU’RE DONE! THE PEEPING TOM FEATURE SHOULD BE ENABLED NOW
LOOK FOR THE PEEPING TOM ICON IN THE GAME TO SEE THE ALTERNATIVE IMAGES 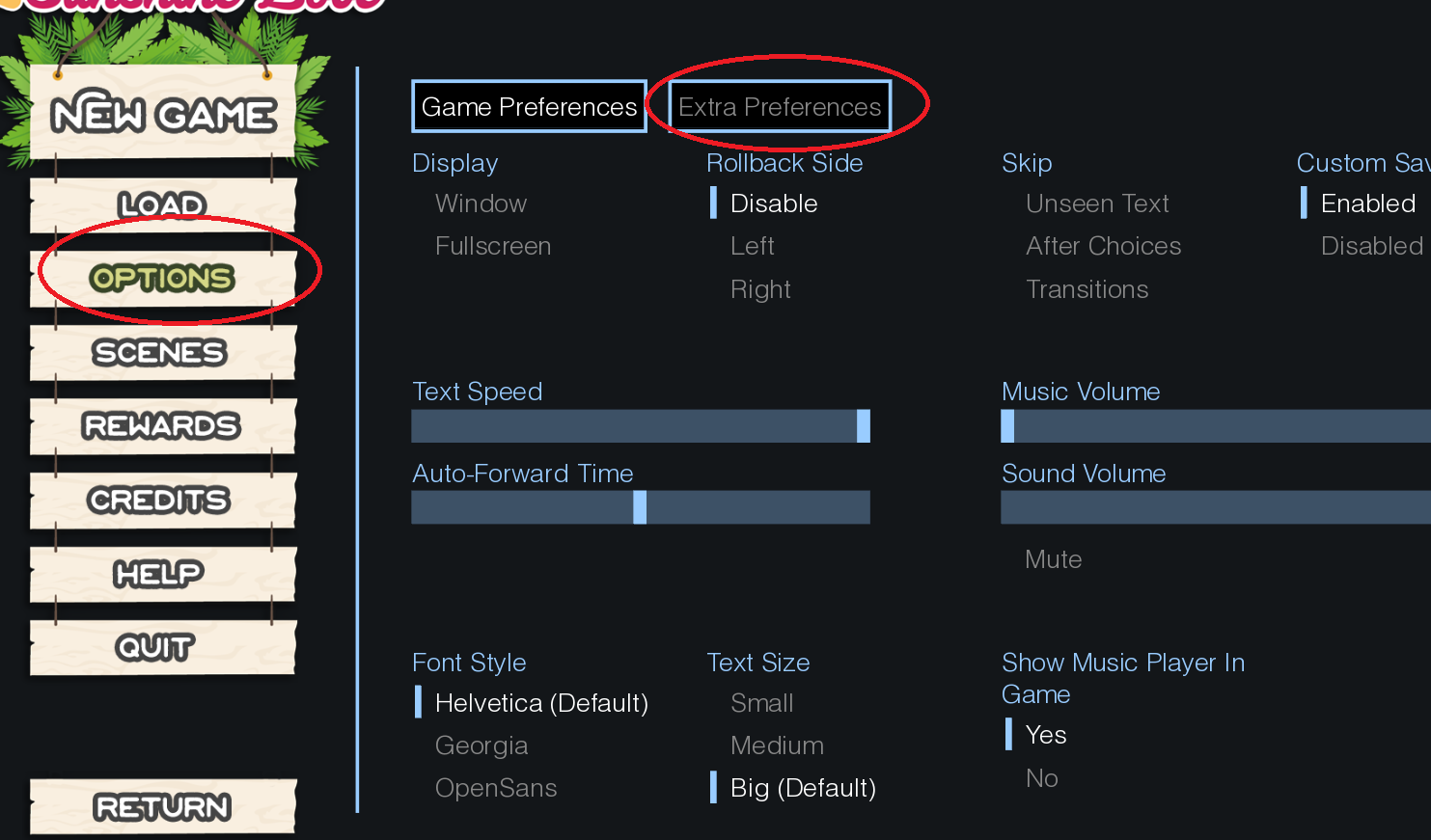 This post contains the uncensored SubscribeStar version. If you download it from Patreon you need Incest Patch below. 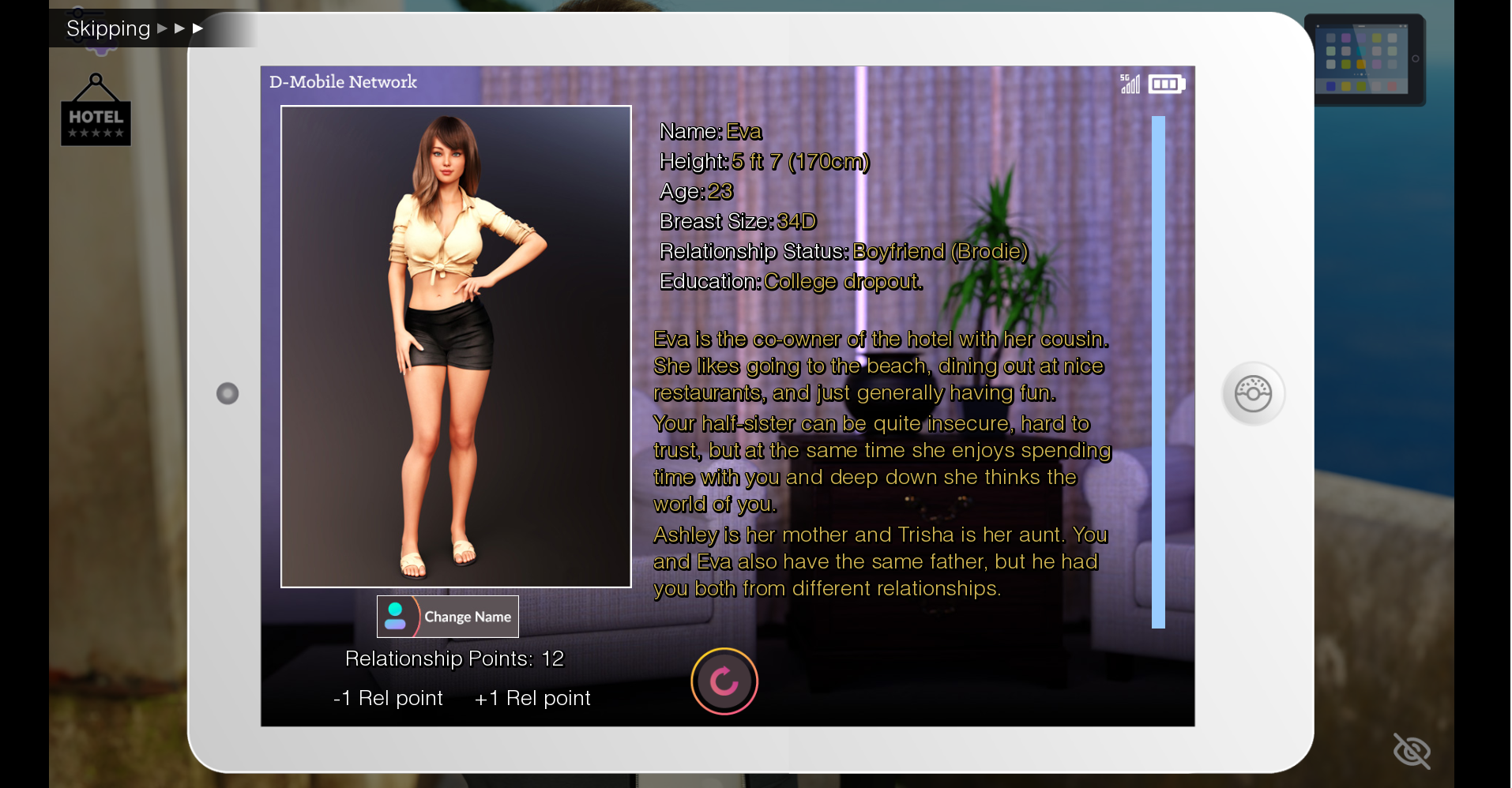 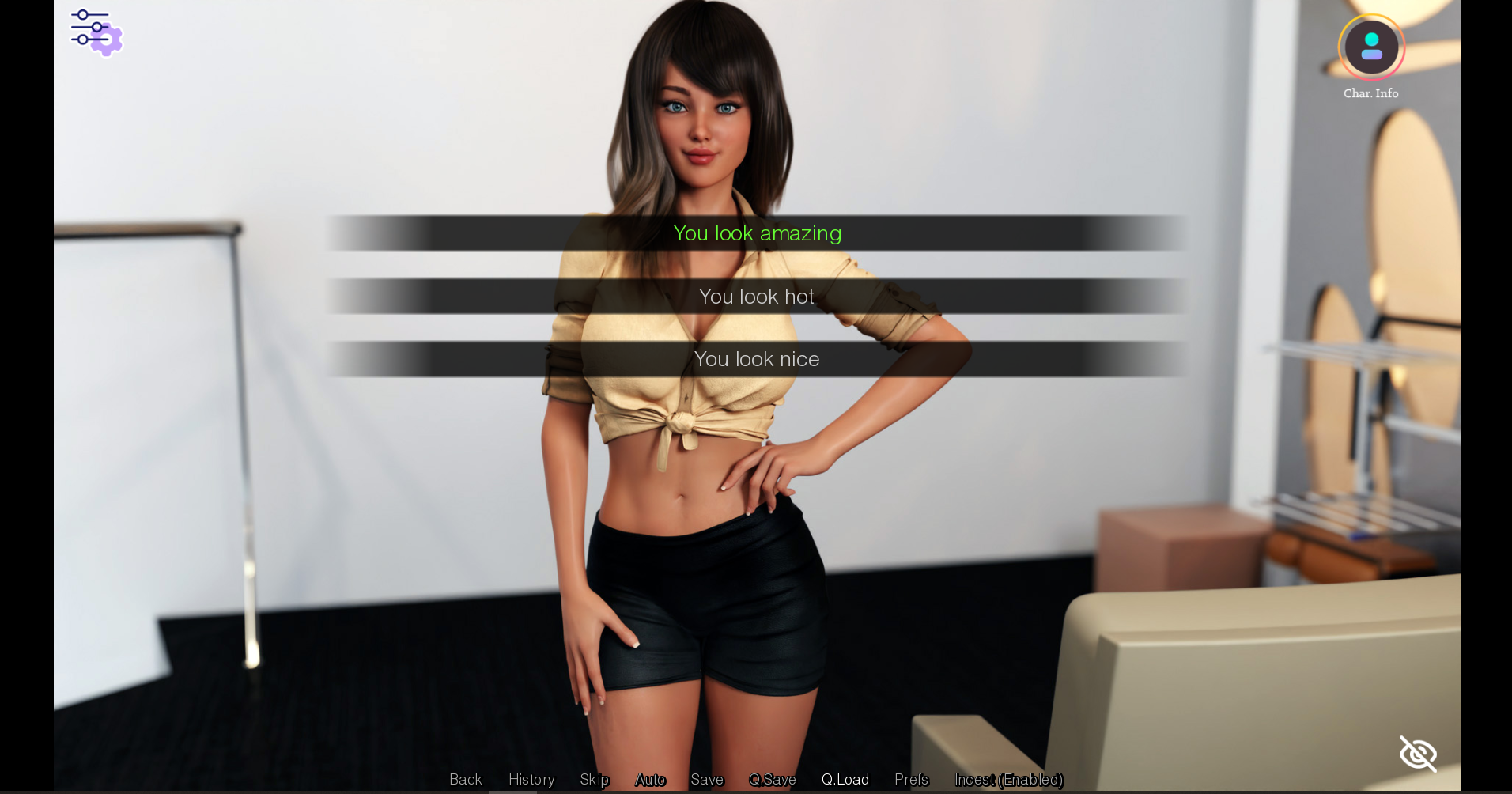