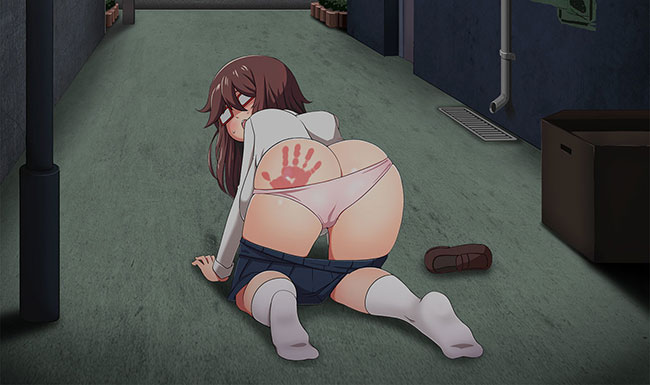 School of Lust v0.6.5a by Boner Games, School of Lust can be best described as an adult RPG and Visual Novel hybrid, with life/dating simulation and dungeon crawling mechanics. The gameplay was mainly inspired by the Persona series and the combat was inspired by Binding of Isaac and Zelda.

You get to play a boy genius, who is mysteriously transferred to a prestige school called Harfort, where only the brightest and most exclusive students are blessed to study.

To his surprise, the boy finds out that Harfort is an all-girls school, and he’s the first boy to ever attend. During his eventful stay, he unravels the reason why he was transferred to this secretive place, and why some of the female students have gone missing…​

[FIXED] running shoes effect vanishes when entering a new area.
[FIXED] possibility to get a black screen during the interaction with the student on her “period” in Town.
[FIXED] possibility for the Job Agency events to trigger at the Farm.
[FIXED] possibility for the game to freeze during the “Dirty Secret” quest, when you’re supposed to chase after Natalie.
[FIXED] Aiyana’s nun sprite showing her underwear on top.
[FIXED] snow effect (during the winter) would last when entering the shed at the back of the house.
[FIXED] random student encounter fj cum not positioned correctly.
[FIXED] no lighting in farm dairy building.
[FIXED] unable to enter Claire’s dorm room when she’s not around.
[FIXED] black screen after watching memory #33 and memory #42
[FIXED] music doesn’t stop playing when watching memory #34, #46, #56 and #60
[FIXED] possibility for Flora’s sprite to stay visible in the City (fare).
[FIXED] watching memory #57 would increase the arousal of the MC. Memories are not supposed to increase arousal levels.
[FIXED] being able to go to Town during the night by going through the basement and shop. This could cause game breaking issues with certain events.
[FIXED] music restarts after leaving the tent in the City.
[FIXED] trash cans contents around Harfort did not respawn the next day.
[FIXED] when both “The Safe” and the “Got Milk?” quests begin, the HUD disappears (which could be restored by entering the bedroom, but still an annoyance).
[FIXED] being able to open the phone menu when spending time together with Zoe.
[FIXED] blue question mark on top of Violet and Aiyana in the Lust Toys shop not disappearing after having interacted with them while observing the shop.
[FIXED] music starts playing inside the Lust Toys shop after closing the shop.
[FIXED] unable to interact with the door in Cafe in Town (still can’t enter it, but at least the door can be interacted with now)
[FIXED] blue question marker wouldn’t disappear after student encounter in Town.
[FIXED] unable to cancel out of memory #78 when having to select a breast size.
[FIXED] watching memory #37 would embarrass memory #5 (showing a balloon popup)
[FIXED] futa content not properly shown on the Contacts screen.
[FIXED] lots of dialogue that is too much to list here.

v0.6.3a
A smaller content update where our primary focus was on fixing bugs (including not able to hire Aiyana at the Lust Toys shop), and an intriguing new scene to Zoe’s spend time together event. It also includes a new event to the bathtub scene featuring Flora, which is why memory #41 will require unlocking again.

0.5.2b
,,We just released a hotfix for School of Lust v0.5.2b, or more like a “lukewarm fix”, as it only fixes an issue where the new storage box inside the sex dungeon couldn’t be accessed”

School of Lust v0.5 Changelog
In this update we’ve mainly focused on the continuation of the blackmail quest, finishing Nicole’s event, the (groundwork for the) lingerie shop and adding side activities/scenes.
(Please note that the 2 changes for v0.4.4a are included in this changelog)

Need to re-download v0.5.0b for this fix to apply:

Share your links via “Game Update” when Reporting this post. This will avoid the link being nuked by dev. Please do not abuse the report system.