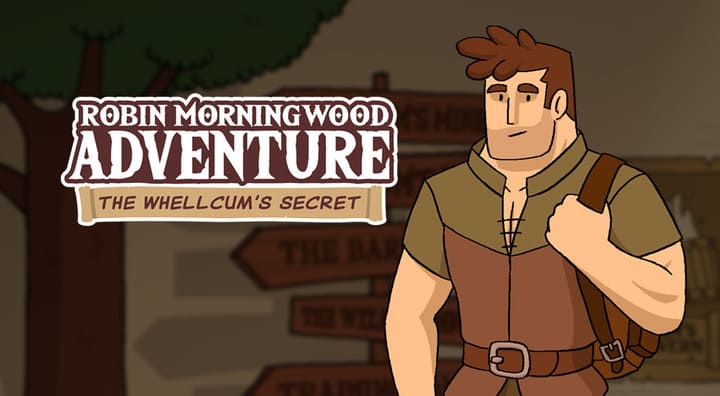 Robin Morningwood Adventure: The Whellcum’s Secret v0.10.13 by Grizzly Gamer Studio, Robin Morningwood Adventure: The Whellcum’s Secret is a game about Play Robin, who, after a long travel, discovers the village of Whellcum. But there is something strange about this place… Only gay villagers… you hear about a tyrant king… What’s going on here? You quickly have to help the villagers, build your own house and discover the secret of Whellcum through many erotic and funny situations. AND MOST IMPORTANTLY… you can collect underwear from the villagers to SNIFF them. Sniffing underwear allows you to relive the hottest memories of the previous owner. So… GET READY TO SNIFF!​

v0.9.18
This update will change the following :

v0.9.18
This update will change the following :

This update will also solve the following bugs:

This update will also solve the following bugs:

v0.5.4
This update will also solve the following bugs:

v0.4.4
This update will solve the following bugs:
Strip Lucky, if you place your card fast enough, you can play multiple cards a turn
Fighting the daddy orc in Beton’s tournament can lock the game during its cumming phase
some FX sounds can stay between screens
Strip lucky: losing to one of the solders outside of the tournament tent lead to black screen.
a crash at the repair shop can prevent Bandit to ever appear in the alley
Beton’s tournament: an issue can cause the player to be the opponent
Horace’s cauldron: Transmuting ore doesn’t work if your inventory is full
synergy didn’t worked everytime, and needed a reload to activate.
Tavern: Buying a beer doesn’t work if your inventory is full
Library: Buying any skill displays the wink icon instead of the learnt skill
Player’s House: The Vault title displays “Coffre” instead of the localized title
Library: Rent a room doesn’t make the time move
Rafaelo’s woodshop: the final purchase can be made several times
Valdo’s game: fixed a small glitch that made the spear blink when you catched a fish
An issue in Ghart’s and drunk Ghart’s will lead in a loss of said card in your inventory. You may have to defeat them again to get them.

We also made the following modifications:
Gregor’s game: integration of large clickable areas
Giant Loyd’s game: integration of an animation to help color-blind people to find the correct answer
Mini games: we added new informations on the screen to help the player better understand the gameplay
Player’s house: we added descriptions when you click on the furnitures you bought at rafaelo’s
Strip lucky tutorial: we added a highlight on the cards to select