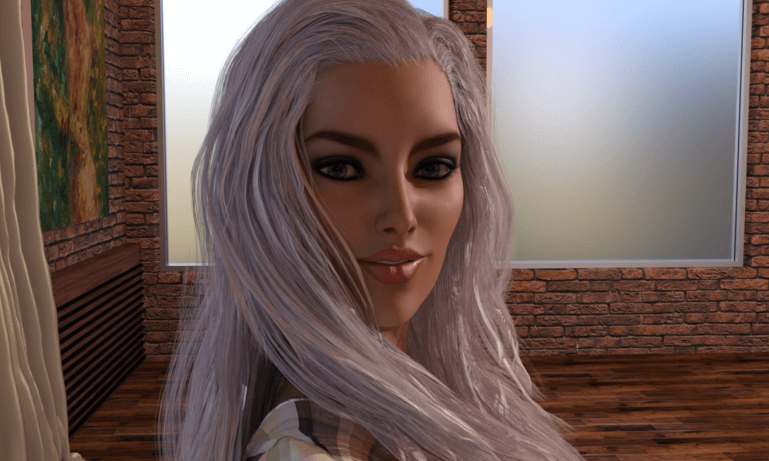 Parental Love v1.1 by Luxee game, In Parental love Game, you take on the role of a father of two who had a falling out with his wife Emily. You were a cocaine addict, you were a bad father, sharing only brief moments of happiness with your children between your inebriated and sober states, your children and Emily you now long for those happy times they shared with you. A while after your second daughter Ada, was born, Emily thought it best you two get a divorce. You two went through a breakup and the court ruled her sole custody of your children.

It’s been fifteen years since then and you’ve gone to multiple different rehab programs. Now that you’re clean of drugs, You decided to start dating Emily once again. You’ve been dating her online for many months now and your relationship is blossoming. She’s taken a new liking to you and believes you two can restore things to the way they used to be. You live in different states, but it’s summertime and you’ve decided to visit Emily in Ohio. The game begins when you first meet her in a bar.

Installation
Just like another game in here!.
Changelog
v1.1
CHANGELOG:
– Added 6 new scenes (see instructions below for how to access new scenes)
– Fixed bug with gallery crashing
– Better scene skipping
– Updated Brazilian Portuguese translation. Thanks Grubb
– Added two new translations
– French by Maxo
– Polish by Bev_
Instructions how to get new scenes:
Alley scene: Happens on the harem route a few days after the tournament, after “the peeing scene” and after the scene where you have sex with Jenna in front of Emily for the first time. Same scene where you confront Eric.
Sofi scene, massause extra, milk drinking: These three scenes happen in quick succession from one another during the epilogue of the harem route BUT KNOW THIS: You need to have Sofi ending + During the massaging scene with the trans girl “24th of May”, you have to give her your number through a newly added dialogue choice.
Jenna scene: This is a new flashback which happens after the Sienna flashback.
F Night scene: This happens “20th of June”. Last scene of the day during which Elly and *** wake you up with breakfast in bed.

Heads up: I will be disassociating this patreon page from PL after an undetermined amount of time from the release has passed. I will make a second post about this when the time comes. But just know to download the game before then.

Ways of initiating the fifth route:

v0.99
Finished up the harem route
Added Brazilian Portuguese translation for all of the game (thanks grubb)
Minor fixes in dialogue
Changed Bluehair Mcblueyface name to Madison

I know this line has lost it’s meaning because of Telltale games, BUT! Nearly every decision you make in this game will affect the future in one way or another. I guarantee, you will not encounter every scene in the game on your first playthrough without some save scumming which I do encourage. The actual gameplay comes down to just making decisions.

Right off the bat you’ll meet your two children Ada and Elly whom you form a Strong bond with.

Other characters you will meet along the way are friends of your children and other related females. There will also be other men who will try to cuck you. You’re not going to let that happen.

Which brings us to our next topic.

**While it should work without extracting the .rpa, a clean situation is always better.
If you do not extract you can have some errors duplicate … exit and reload
Read the game changelog carefully …
1 New folder , extract the game
2 With unren option 1 extract archive.rpa, delete archive.rpa from the game folder
3 Apply the Mod


Gallery unlocker, switch from only unlocked to view all.
Playing in this mode will also unlock the scene in the game because the persistent file is based on “if viewed”
You are warned

+Fixed a bug with Ada gallery.