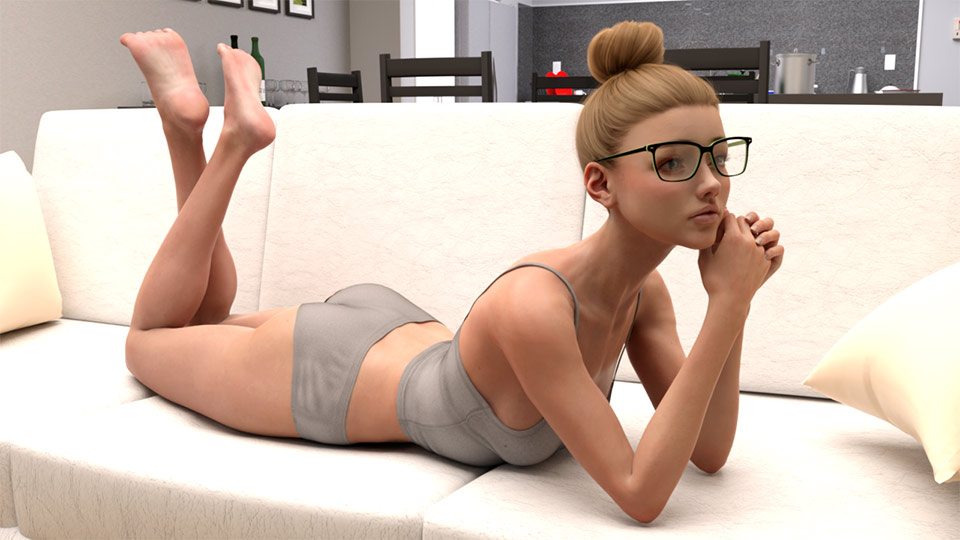 Moving Down Ch.5 Part 2 by MironY, Moving Down is a game about The game tells the story of a young couple who recently got married and started living together. It would seem that nothing should interfere with family happiness, but life circumstances and surrounding people will gradually push the wife of the main character to the idea of non-standard relationships in marriage, where she tries on the role of a dominant, the role of a Mistress …

To avoid unnecessary questions, before you download and run the game, be sure to read the developer’s notes!

Dev Notes
Unlike my previous game “Vicious circle”, where the player could go either on the path of domination or on the path of submission, this game is completely dedicated to female domination, but with more variability in the player’s choice of fetishes and the rigidity of what is happening.
Images