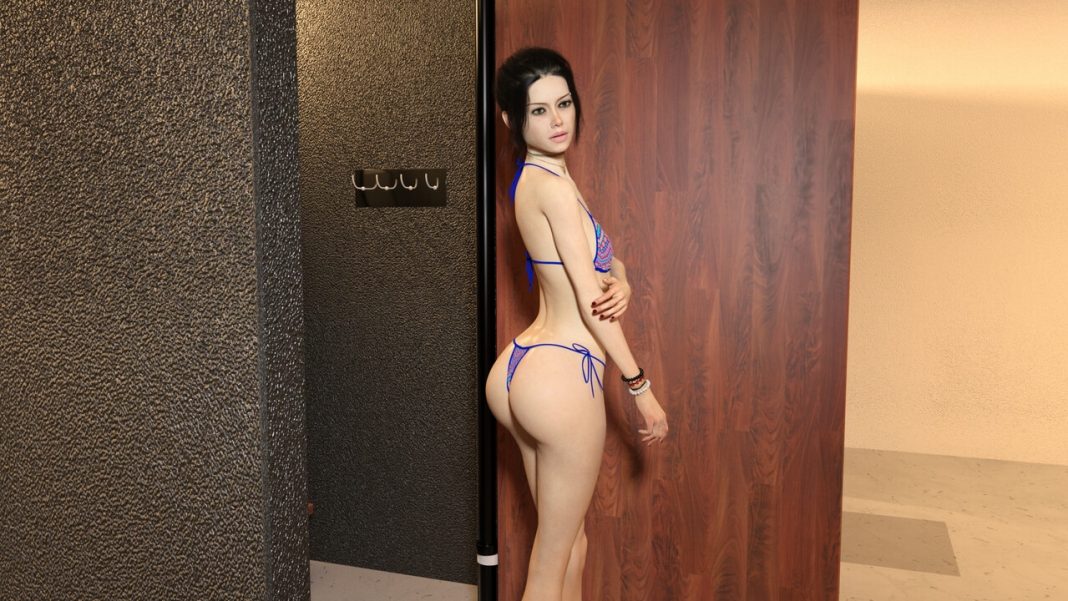 Midlife Crisis adult game is about you take on the role of a successful middle aged man who is starting to feel the years slip by. Maybe the new college students you and your wife have allowed to move in since your kids have moved out will push you into a full blown mid life crisis, or maybe your loving wife can keep your head on straight.
​

1- Extract to desired location.
2- Click on “MidLifeCrisis.exe” to start playing.

Installation MOD
to install the mod:
/ mod as archive ( scripts.rpa )
just drop the mod’s scripts.rpa into Midlife Crisis/game and overwrite when asked (make a backup, just to be sure)

optional Incest patch:
drop patch.rpy directly into your Midlife Crisis/game folder to enable the incest version. Since the patch just sets an existing variable (Taboo=True), it will work for all versions of the game.

v0.26a
Only change from .26 to .26a is typo fixes and removing one persons arm from their own head in an image. Not worth downloading if you already played .26.

v0.23
This update is 430ish renders. It’s mostly focused on action this month, which always takes me a little longer to do since you have to be in a certain mood to write those scenes. I would probably recommend playing each scene to…uh…completion and waiting to start the next. This update is pretty much non stop action scenes, though a couple of them are up there on my list of favorites. Update should be released very shortly.

v0.22
So back to the basics this month, 400ish renders, story development…etc.
A fair bit of this update is setting up things for future scenes and reveals. That doesn’t mean there aren’t any sexy scenes, just may be lacking a bit on the all out action.
Back to focusing on the main girls this update, but there are a couple who make a reappearance that have been missing.
Not really much else to say without delving into spoiler territory though.

v0.20
360ish still images, one animation(Plus about 4 trashed animations, still working my ass off on those, but improvement is slower than I would like)

Update is mostly some of the core group, with a sprinkle of others. A few scenes that I think are…well you will see. Looking forward to feedback on this update, there is a night time outdoor scene that I think the lighting is better on, trying to balance it still looking like night with being able to actually see things. Animation that is included…something still seems off. I mean it was presentable enough that I didn’t immediately vomit and trash it, but I just can’t quite dial them in completely. Think they are getting better though, albeit slowly.

v0.18
About 430 images, though admittedly quite a few are for a character not everybody is choosing. Still should be a normal length update even for those of you not on that path however.

v0.17
This update is quite action focused so if you aren’t on certain paths, and by paths I just mean romance vs not romance for the girls, then it may feel very short.
I did a couple of animations again, just simple motions like grinding and whatnot where still images don’t really convey the movement well. I also had a couple of animations that I had to trash(wasted a bunch of time because I end up focused on one area rather than the entire scene)…I still have a lot to learn about animating(mostly need to take my time more), sometimes I lose track of bits and they go insane and look ridiculous.

As I said this update is mostly focused on action, that doesn’t mean full on action, but most of the scenes are on the intimate side. Makes it tough for me to tell if the update feels short or not since when testing I have to go through the action pretty quickly or….well I get bogged down lets say. So let me know how the length feels, I mean compared to previous updates not in general since there is no such thing as an update that is long enough haha.

Around 400ish images. The new ones are webp(didn’t change the previous ones yet), converted from .png files. Should still be HD if everything I read was correct, but let me know if it looks like the image quality dropped.

A good bit of this update is about testing out the girls about how they feel about your new umm…. lifestyle. I mean you had a discussion with the wife but you would have to be real lucky if all these girls are okay with you doing your thing……………………….good thing you are the bumbling charmer that consistently dates above his station.

There is some action this update(plus lots of sexy moments and situations though I think), probably not enough to satisfy anyone but there never is. This update is about having fun and learning some things. Next update….well I don’t think many people will complain about next months update haha.

Also next month I am finally going to test out just doing an update file for those who have already downloaded main game, wanted to do it this month but with the illness and all just didn’t have the time to test it properly. So if you are one who deletes games after you finish, maybe don’t delete this one.

400ish images. Though every single one of them is just different angles of the MC washing both himself and his car. That’s all that happens this update, one REALLY long car wash. Okay, that isn’t true, but I thought about it. Was even going to have Rock pop in to help sporting some daisy dukes….Oh I guess he actually does make an appearance, so not completely just the core group(I think it’s actually only one render), but don’t worry he isn’t in daisy dukes hahaha.

Tried to clarify an earlier choice that a lot of people misinterpreted and a few other choices are there with the rewrite in mind so they may seem out of place for now. There will be a few changes in the order of scenes and certain interactions when rewrite is complete, but the overarching story won’t really be affected unless you choose for it to.

As usual I never want to give away spoilers, but this update focuses on the core group. No extra characters this time.

For those of you on a certain woman’s path(you will know who I am talking about at the end of this update), if the ending concerns you have faith. Neither she nor I will let you down, next month. Well I mean I probably will let you down a little(no one is ever completely happy with an update lmao), but not in a terrible way.

v0.14
450ish or so renders
I think good progress with the two live in girls.
A good scene with the fire haired one and the Mrs.
The return of a couple of optional characters, one with something extra and one who requests you pay to play, though you can only pick one this time.

v0.12
370 or so renders, I really tried to improve the lighting again so feedback on this batch is greatly encouraged.
Some familiar faces make an appearance.
Some other faces say their farewells(For now anyway)
Things are about to start progressing more quickly with some crowd favorites, now that some things and feelings are more out in the open and the story will refocus on the 5 original ladies(the 4 most everyone knows and loves plus the wife some hate).
The MC may find a confidant to share some of his concerns with(Someone most already know, a ‘professional’ if you will.)
Oddly enough(And I literally just thought of this), I think for the first time the fiery haired hellcat is the main character with the least facetime this month….I don’t think I like that. I will make it up to her soon.

optional Incest patch:
drop patch.rpy directly into your Midlife Crisis/game folder to enable the incest version. Since the patch just sets an existing variable (Taboo=True), it will work for all versions of the game.

Download Gallery Mod
WORKUPLOAD ZIPPY MIXDROP UPLOADHAVEN *Install guide: you only extract the file into the main folder, Update 2021-11-06 : Update the mod to the version 0.29.
Download For PATCH & SAVES
INCEST PATCH SAVES *INCEST PATCH Install guide : extract the file in the main folder (where the game exe is). Click yes for overwrite
This is a universal patch and it works in the future updates to.