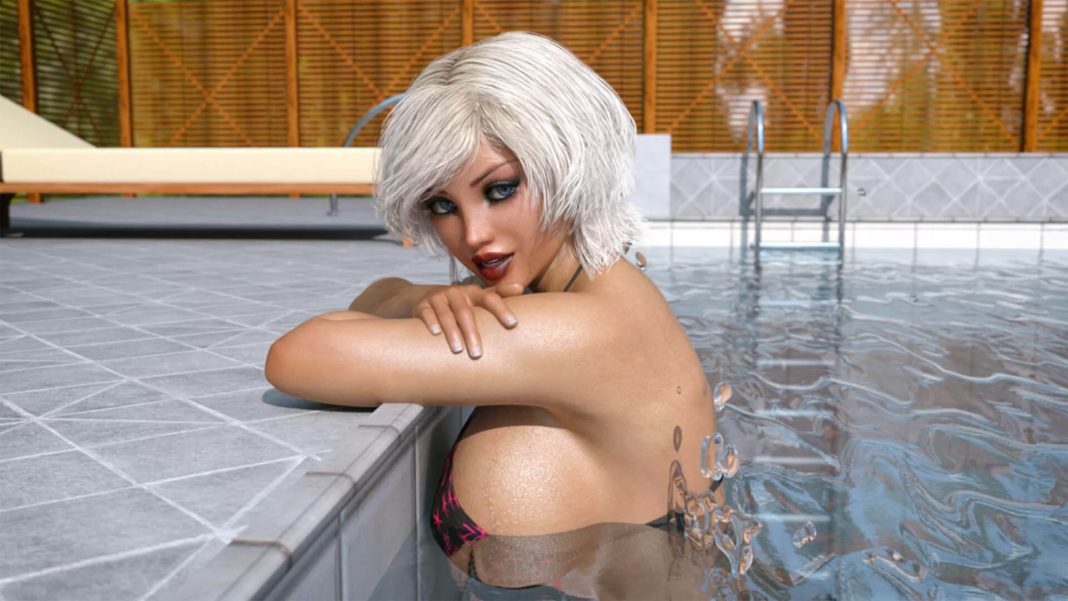 Holiday Island v0.3.0.1 Beta by darkhound1, Holiday Island is adult game about you, the player (a guy) won a lottery for holidays on a Pacific island. But is not just any island. It is full of beautiful girls. You can play the game’s intro story to learn all about it.​

1- Extract to desired location (Not in the same folder of the older version).
2- Click on “HolidayIsland.exe” to start playing.

How To Install Patch:
To apply the update, please extract all files from the zip archive to the folder where you installed the full game. Overwrite all files when asked.
For Mac users, please navigate to the folder structure:
HolidayIsland.app\Contents\Resources\autorun
Inside you find the folder named “game”. Copy the content of zip file into the “autorun” folder from above.

Mod Installation
–On PC: Extract the content of the attached zip file into teh folder where you installed your Holiday Island main game.

Mod Features
The mod is a cheat tool for the main game Holiday Island.
Some of you might already know earlier versions of the mod. So here is a list of what the mod can do and of what’s new.
Changelog
v0.3.0.1Beta
This is an update for the version 0.3.0.0 beta (PC, Mac, Linux only).
113 additional renders, videos or sound files
The update works on version 0.3.0.0 for PC, Mac and Linux.
You need to download one of the main game files for version 0.3.0.0 (PC, Mac, Linux)
Save games from 0.0.8 alpha and later versions should still be working. Older saves are no longer supported. Some saves might still not load. Sorry for that, but there is nothing I can do about it.
To apply the update, please extract all files from the zip archive to the folder where you installed the full game. Overwrite all files when asked.
For Mac users, please navigate to the folder structure:
HolidayIsland.app\Contents\Resources\autorun
Inside you find the folder named “game”. Copy the content of zip file into the “autorun” folder from above.
Please check this post to get information about bugs that have been fixed since

v0.2.2.1
Only minor things and some text corrections

Is the update going to break save games?:
0.2.1.0 beta –> Save games from 0.0.8 and later can still be used. Earlier saves are no longer supported.

v0.1.9.1
132 additional renders, videos or sound files
48 updated renders
New features and content
Yvette gets a teasing scene (with two achievements) that can be triggered when you relax at the pool
Renée gets the workout pecs scene with a sexy special (two achievements)
Renée gets the workout pull-ups scene
Amy gets a new maid/roomservice event with two achievements
Jessica gets the beach pose scene (with two achievements) and an upgrade for her skimpy swimsuit “walk on the beach” scene
Amy gets the pull-up scene for her special swimsuit in webp format with some additional renders
Minor improvements and changes
Correction of spelling erros and grammar fixes
Aly, Eva, Faye, Renée, Desire and Delizia will get image upgrades for their “follow me” renders where they look ove rtheir shoulder
You will have 4 game resoluztion options: “manual resize”, 1280×720, 1920×1080, 2560×1440 if your screen has a high enough resolution
An additional button to show the watch no longer permanently is available
Bug fixes
When using the old UI, the crash ” AttributeError: ‘cl_player’ object has no attribute ‘phone_image’ ” could occur
Resolution change option makes the game unplayable on some systems
Some images were scaled wrong in achievements, give present and grope
You could not get the quest for Yumiko’s sub dermal encryption code

Save games from 0.0.8 and later can still be used. Please extract the files into a new folder! Do not overwrite the existing game folder from an older version!