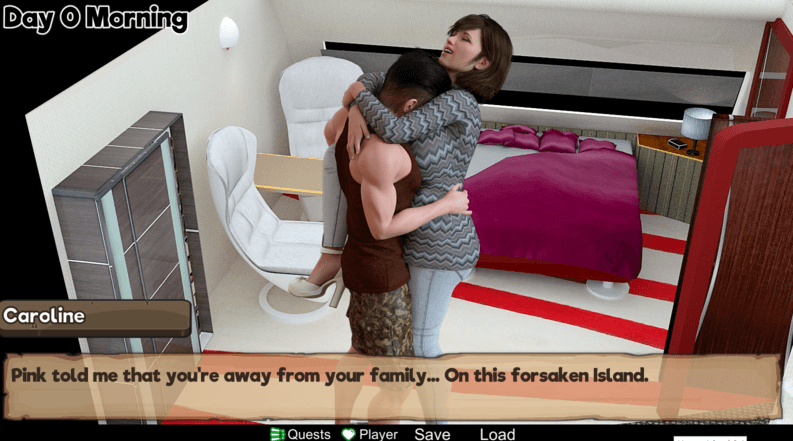 You’re crashing on an island, you were a lot to survive but it seems this island is unknown and contains many dangerous species… more weird, it seems creatures are focused on attacking males only… It will contain a big variety of characters, and some Fantasy race such as fairies elves, orcs…

v0.8a
Dev aspect: Changing some animation names, changing a line on battle system, Adding few lines when loading the Game, Changing soem quest descriptions.
So here is your bugs that should have been fixed:
Momo’s battle was bugged
Some quests was still ???, it was the case when you loaded a game from 0.7e
Some quests didn’t trigger, it was because there were another a requirement, I’ve added it into their descriptions.
Many weird things in the battle. (Orgasms were 100% 300% 500% etc.. instead of 100% 200% 300%… and many focus animations).
Code
The Code: 2019
Images