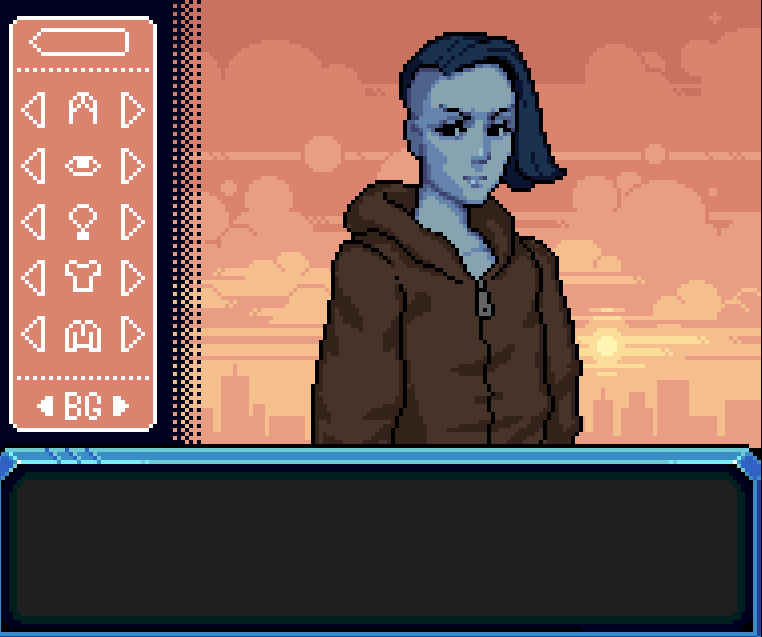 Hardcoded v0.0.62 by Fortunae Virgo, Hardcoded is an open-world dating-sim game, set in the lawless reaches of a cyberpunk dystopia, in which you take on the role of a thinking/learning droid who has recently escaped her owners and is on the run.

!!!This game is very explicit! There are many dicks in this game! Most of them are attached to girls!!!​

Heya Patrons!!! It’s one day past update day!!!
And we’re late posting but it’s totally here! Beryl’s story line has been restructured around last months cut scenes, the new scenes from this month, and some general tone-shifting. The empty Beryl 4 slot has been filled with a new, adorable scene in which Beryl and HC hang out with her egg. The old Beryl 6 has been changed to Beryl 5. The old Beryl 7 has been moved to where Beryl 6 used to be, and will assume the role of introducing Beryl’s breeding fetish. The empty Beryl 7 slot will be filled with a new scene in which Beryl further explores that fetish with HC (and some robo-cum-technology help from Decima.) The new Beryl 7 is full of some pretty dope animations, so check it out! And don’t forget that the new scenes can be played from HCs terminal files, if you’ve already progressed past them in her arch.