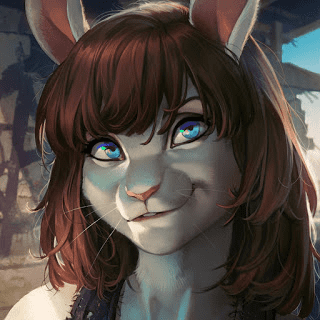 Flexible Survival June 2020 by Nuku Valentines, Flexible Survival is a game and storyline is based in a not-too-distant past of 2008, containing science fiction elements about a nanite-based virus outbreak and its mutation-inducing consequences. The game is based on roleplay and classic hack’n’slash combat, supporting both a web interface as well as a standard MU* telnet client.​

Elven Hunter: The otherworldly stud has gotten some new pictures to his name. Go and check him out.
Fang: Fang now moves around during the day. Even a wolf as vigilant as him needs time to rest and relax. Descriptions and sex scenes have been adapted to reflect this.
Gargoyle Sentry: Expanded with a bunch of new scenes, and can now become a NPC after earning his respect.
J’Reth: You can now have fun with the draco-mantis when they are male, female, or hermaphroditic, with a special scene for when you first take their virginity.
Korvin: Confident Korvin has gotten a nice little update to his existing sex menu scenes, as well as an all new roleplaying scene in which you can let him run wild and fuck your ass.
Logan: The wolverine’s content in connection to Blake has been expanded, allowing you to become his bro by sharing the rat between you. There’ll be a special double penetration scene once you’ve done so a few times. Just be sure you don’t submit to Logan, as you’ll lose all respect you might have built then.
Lux & Umbra: The twin wolves’ descriptions have been updated to reflect where they are and who is present.
Monty: The hunky soldier has gotten a number of new scenes, like talking about things he’s seen in the city, and other talk options, as well as new sex scenes, namely rimming and even fisting him.
Red Light District: The area has gotten all new overview maps. Be sure to visit the power plant and turn it back on, then you’ll see the red light district shine in its full glory.
Steven and Junkyard additions: The player can now encourage Steven to try and “reconnect” with his old friends in the Warehouse.
Void Realm (Tentacle Abomination): Now a roaming encounter. It can be provoked by holding position or exploring repeatedly. It currently has 1 loss scene with variations depending on what sex organ it mimicks, as well as a special interaction with the Ancient Tome.

Bugfixes
Batcubus: A typo in the batcubus scenes has been fixed.
Fang: Missing sex scenes for Beta Fang now added.
Female Husky: A few repeated words have been removed.
Kitsune: Added missing comment for if the player is Leporine when asking the Kitsune’s opinion on the character’s appearance.
Latex Ermine: The pictures for these ladies have been realigned, orienting all of them in the same direction.
Mike: If you fight him (to free Lea, not for sex) in the first encounter, you can now get back to the Dog Walking again afterwards, as intended.
Pet Shop: A typo when acquiring Korvin’s collar has been fixed.
Ruby: If she is fought and fucked in the Urban Cliff event, the event will now resolve.
Shrinking Shrooms: An odd word choice in an unbirthing scene with the shrooms has been corrected.
Spike: His doberman cum should now properly infect you with the doberman bitch strain.
Void Realm (Void Serpent): Tracker should now properly reset upon defeating one.
Wolftaur Endings: Some gender confusion in the wolftaur endings has been fixed. 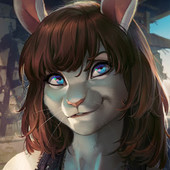