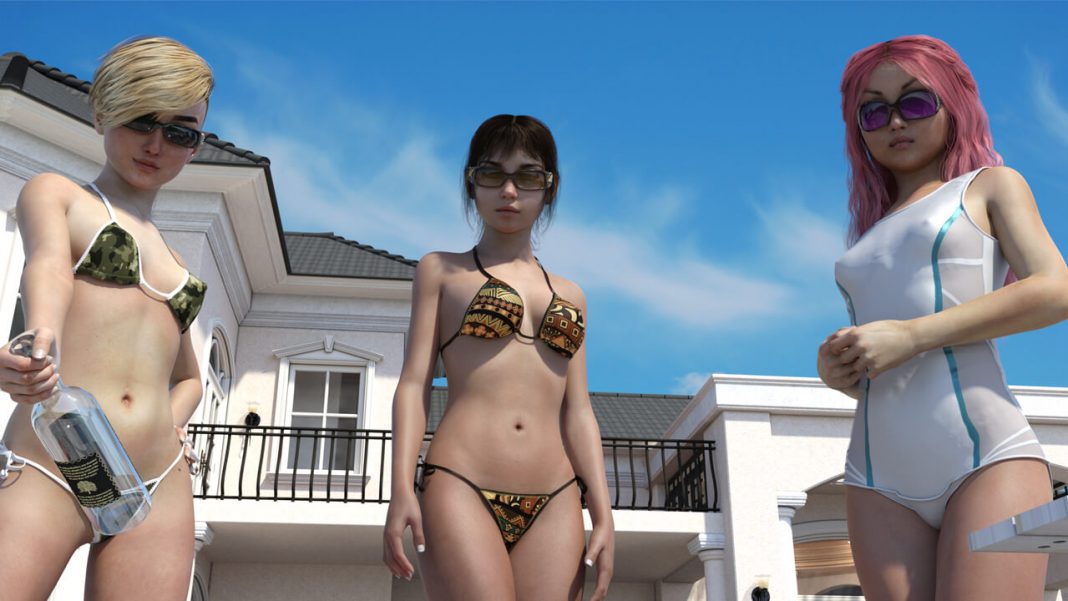 Doctor Amana: Sexual Therapist – Patient 001 (DAST-001) is intended to be the first in an upcoming series of virtual novels. This series features a non-linear narrative in which the MC is a patient, discussing his sexual encounters and romances with his therapist. As the patient tells the story to his therapist, you the reader will make choices that change the outcome of the story. Your decisions in the story will alter the nature of each of your relationships and determine what shape and form your sexual experiences take.

How to Install Patch:
Just paste it to the game folder.

i have createt a incest patch for the version 1.1.5.Below is the link.Install guide is in the file.You need the bug fix itself too..The patch must be updated when new content comes for cassie.If the patch don´t work for you: Start a complete new game or maybe this should work too but i didn´t test this is load an earlyer savegame where you are in amanda´s office where you can click on the girls to start her storys.The only think what maybe didn´t work then is the journal.If you will that this work too: You need a savegame before you see cassie the first time.
Edit 25.02.2020: Update the incest patch for the version 1.1.5

Changelog
Playtest-v2.X.X
It does not contain the full game! This is a test build of v2.x.x!
The only content it contains is a redesigned interface, tutorial, and the latest chapters currently in playtesting.
To access Cassie’s Chapters do the following:
1. Play to the end of content screen.
2. Open the Journal and go to the “Cheats” tab, Turn Cheat Mode On.
3. Open the “Replay” tab, Cassie’s Chapter is now accessible.
4. When the Chapter starts, Open the Journal and Click on the “Contacts” tab.
5. As long as Cheat Mode is turned on, you click on Cassie and then click on “View Character Stats”
6. With cheat mode on, you can modify any of her stats to customize the chapter play through as you like.

Synopsis
v1.1.5 is all about Amanda. Chapter 2 of Amanda’s story features you and Amanda hitting the road on a little trip. Hotels, hot tubs and shenanigans ensue!

While this chapter of Amanda’s story heavily favors the red path, fret not my romantic blue path partners. The upcoming Chapter 3 will favor the blue path and have many more opportunities for romance to make up for your shortcomings here.

Music and Sound Fixes: Now that I have a new object managing all of the game’s music, I need to spend some time normalizing the volume on all the tracks to remove the unwanted static. This object will also smooth the audio transitions between tracks and require me to use less code when calling and managing music in the script.

Once I have this done for the music, I’ll repeat the process for the sound effects.

Android Version: Now that I have more time working from home and additional artists contributing to the game, this has freed up some of my time to begin digging into the terribly complex world of Android. I’ve nearly completed some online training in Android programming and have doubled down on breaking apart the Renpy/Android relationship.

Completing a fully functional Android version with all the bells and whistles currently available in the desktop version is a top priority along with creating new content. So stay tuned for progress updates in this department.

New Content: This week I will begin work on Cassie’s 3rd Chapter in the game. Simultaneously I plan to spend much of this week and next generating enough content to keep the contributing artists busy. Right now they’ve caught up to what I had available and have been patiently waiting on me while I complete this update. Now it’s time to feed the machine.

If all goes well, we’ll be seeing some new Monica, Lupita and Jane content about the same time as we are releasing our Cassie update! Fingers crossed mates!