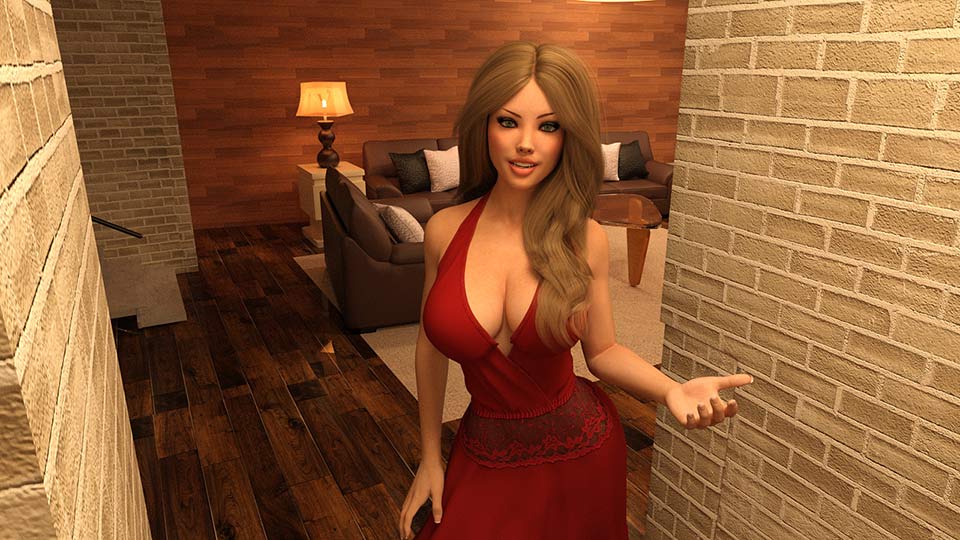 Dating My Daughter Ch. 1-4 v0.31 by MrDots Games, Dating My Daughter is a game about you’ll assume the role of a divorced father who hasn’t seen his daughter in years. Now that she’s 18 years old, she contacts you and tells you that she would like to have a “father-daughter” date with you. You’ll have the chance to get to know your daughter better, build a special relationship and why not, maybe convince her to have more “father-daughter” dates with you in the future.

Gameplay: You’ll be making choices between two or more decisions that will negatively or positively affect the outcome of the date and the main story as well.
There are two stats (at the moment) in the game: Friendship and Love. You can see them at the top right corner of the screen.
Every time you make a choice, you’ll win or lose a point (sometimes more than one) depending on the decision you make. For example, if you choose to stare at your daughter’s ass and she catches you, you’ll lose 1 friendship point.
You’ll have to get a certain amount points to advance in the game. If you fail, you’ll have to repeat the date.

Characters: You can choose your name as well as your daughter’s name.There will be secondary characters like your ex-wife, your daughter’s best friend, your coworkers, etc. but the main focus will be on F/D content.
Most fetishes are optional so if you’re not into some of them, you can choose to disable them.

• Fixed a lot of grammar and some plot holes (remember, the game is written in British English, except for some minor exceptions)
• Added sound FX and music for all of Chapter 3 (once the game is completed, we’ll look to add more sound FX in wherever we can)
• Music is now properly controlled by the “Music Volume” instead of “Sound Volume” in the game settings
i.e. Any scene where music tracks are playing (mainly club or dance scenes). The “Sound Volume” controls the audio for the sound effects
• Background sounds and foreground sounds can now play at the same time, instead of interrupting each other
• If you accidentally click “New Game”, you can now return to the menu without having to answer all of the questions first
• Added a “Deleted Scenes” section to the menu for Chapter 3 (you’ll see this on the Home Screen)
My main writer HearszAM had already written two extra scenes for Day 40 which I didn’t have time to create renders or animations for.
However, I have added those scripts into this section so you can read how these scenes played out.
He has also written scenes for Olivia and a scene for Margo (also for Day 40 originally), but at some point, I’ll look to use them in Chapter 4 instead.
• Added “Pat’s Gallery” (you’ll see this on the Home Screen)

– For those with the walkthrough, there is now an option to enable an “In-Game Walkthrough” in the menu. You can enable it in the Settings menu.
When choices come up onto the screen there will be details (shown in yellow) to let you know what the best choices are to make for extra love points, bonus scenes, or scenes with other characters. (See picture 1)
– We’ve also added an option to enable or disable animations in the game. You can get access to this feature in the Settings menu.

Thanks to anyone who sent me or any of my team any errors that you found in the game.
With not much of a break in between working on both VN’s, we sometimes don’t have the time to go back and fix certain problems which is why this revision month is in place (to give us a chance to do that).
We want our games to be as perfect as we can possibly make them, and that doesn’t happen without your help.
So again, we thank you

We are incredibly thankful for those of you whom have supported us at any point during the production of both of our games, and especially those that continue to fund the ongoing development of DMD and MELODY.

This week we celebrated our three year anniversary since I first launched my Patreon account, and began working on the very first release of DMD.

Around the time when I began making this game, even in my wildest dreams, I wouldn’t have ever imagined how successful or how popular the game would go on to become.

When I began designing the characters, coming up with the initial story line, and creating the first of many beta tests, nothing could prepare me for the amount of people who would go on to support and also fund me during its development.

I still regularly get messages of support from all around the world, and for me it’s a dream come true to be able to do this for a living.

Three years after those very first ideas and designs, here we are several updates later, many “days” into the game, and still going strong.

We’ve endured some struggles and even threats to have this game taken down, so that a conclusion at one point seemed impossible.

But this is our story, and as I’ve always maintained, especially during that troubled time once the game was taken down from Patreon, we have every intention of seeing DMD through until the end. And because of you guys (and girls) that have pledged, commented, and supported me during all this time, you all thoroughly deserve that.

For this update, we’ve put a lot of focus being on the various relationships that you the main character, may have chosen to have with the other female love interests in the game, aside from your daughter. You’ll notice from one of our previews this month that D’s friends Elena and Jennifer will feature, as will a few other fan favourites.

This update is in some ways the (long) beginning towards various endings in the game.

Of course, you will have to make certain decisions within this and future updates in order to get those endings, so if you have the walkthrough, be sure to use it to keep yourself on a specific path or a combination that you might be interested in seeing later on in the game.

The walkthrough plus the coding for the game was incredibly difficult to put together, mainly due to how many characters feature and the number of different paths that progress forward in v23.

We’’d like to give a special shout out to a writer of ours, “Rosch”, that has helped contribute quite a number of scenes since the very first chapter of DMD.

Look out for his special scenes later in this update, one featuring Jen and Elena, another with Jennifer solo.

The Q and A’s at the start of the game

Before Chapter 3 began during our last update, we mentioned that would be asked to answer a quick Q & A before starting this chapter.

In this update (v23), there are a couple of questions that you need to answer correctly in order to view special scenes within this new release.

Also, if you watched a specific adult film on the evening of Day 28 with your Daughter, then there will also be a special role-play scene in this update.

Again, please use the Walkthrough if you have it to help you find these special scenes.

If you haven’t played the previous update or if you didn’t happen to notice this previously, we have removed the friendship points from the game.

The Walkthrough will give you clues on how many points from any of these categories that you will need to view these.

As always, you can leave your thoughts, feedback and constructive criticism in the comments section below.

We always strive to do our best and to give our fans a satisfying hour (or so) of entertainment with each release for either of our games.

I really hope you enjoy playing DMD v0.23, and again, thanks as always for sticking with us.

Not many game creators get to three years of developing them, and we make these games for you as much as we do for ourselves.

We also have an Unofficial Discord Fan if you would like to chat with other like-minded fans of my two games, share your own fan art, ideas etc.

Anyways, if you’d like to join the channel, the invitation link is below:

Please make sure to read the rules of the channel in the “info-and-rules” section, before you do anything else.

In this channel, it has our work schedule and approximate release dates for our two games between now, and the end of the year.

Feel free to share the above link with anyone who you think would like to join the great community they have at “(It’s A Heart) MrDotsFans – Unofficial Fan Page”.

The two members of my team (HearszAM and Jeff Steel) are on this channel quite often, so the discord is another way you can reach me through them.

You can also list any bugs or post your suggestions on there, for either of my two games.

Thank you everyone for your continued support because without it, our games would not exist.

Here’s to another three years!