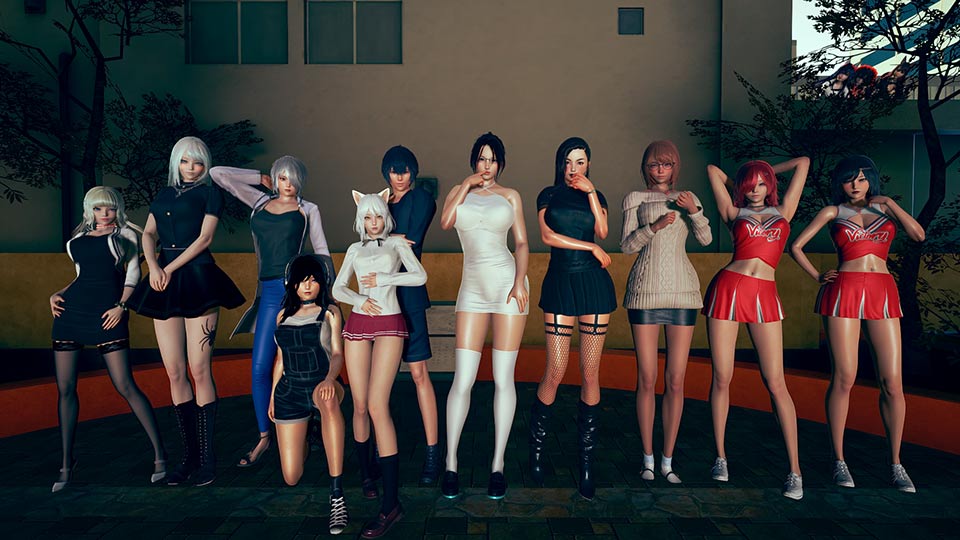 Corrupted World v0.1.7 by Keny, Corrupted World is a game about MC is an ordinary guy who has just started his journey of independent and adult life. MC goes to school, has a part-time job and rents a small apartment, without even dreaming of the love and popularity of all. However, one evening turns his life upside down when three unfamiliar girls break into his house. What if, by accident (or not by accident?), the MC now has the power to capture women’s hearts by subordinating them to his own will? So he finds himself in a world of lust and debauchery that he does not understand. What will MC do with the power he has been given, and how will his life be changed? It’s up to you!

With over 220 animations, more than 2200 images and whole lot more in store!​

Installation
1. Extract game to its own folder
2. Run
Changelog
v0.1.7

Added a story event in Eldoran.

Added new mini-events in the story of Kate (the eldest of the sisters).

The bonus event with Kate is now a story event.

Added several new locations (currently empty, they are being actively worked on)

Also fixed a bunch of minor bugs you wrote me about (thanks so much everyone for that!)

v0.1.3
Sarah and Julia’s introductory event at school has been added.

You can now study after school with Lisa.

-Along with 3 new scenes with Lisa.

-Shower scene will vary depending on your choices throughout the game.

The Halloween event is available on the computer in the director’s office at the club.

A new teaser scene with Bonnie and Adison on the computer in the director’s office at the club (Patreon required).

A lot of bugs fixed.

Reworked the code for Android.

-The button to open the map got a little bigger.

Now you can bring Elain and Littley back.

There are several ways for this event to develop.

v0.1.1
A sex scene with Bonnie has been added.
Bonus Event 2 has been replaced (Thanks to Astromalagie)
The scene with Bonnie and Mia is now storyline and public.
The clothing store location is available at the beginning of the game.
Added hints related to the opening of the portal.
Your intelligence will no longer drop during classes.
Cheat codes can now be entered at the beginning of the game from your phone (Money, Character Stats and opening the gallery)
Code overhaul
Scene gallery
added Club expanded, main hall and additional rooms Club opening, hire girls and make your club great!
Expanded story and lore
Pants demon has been eliminated
Many bug fixes

v0.1.0
Warning. If you load an old save, be sure to go to the city map at the beginning.
2 story events for Eldoran
You can start building the club
Added 16 photo events for the girls (access photos in your phone)
Additional scenes and interactivity with Mia
Additional scenes after beating Rachel in videogames
Additional Kate events
Outfit events for Rachel, Becca, Cheri, Riley
New charisma stat (increase in the bathroom)
Pants now added to inventory
Overhauled character screens and hints
You can now keep track of how many times you’ve had fun with the girls
Added ability to enter cheat codes in the director’s office in the club along with bonus scenes
Updated navigation pictures
Entire game proofread
Misc bug fixes, improvements and etc.
Over 12000 words, 500 pictures, 50 animations

Developer Notes
Friends I want to build a big and interesting world. But it’s very hard for me to choose where the new events will take place. There are many possibilities, but I can’t decide on my own. So I ask you to take a poll on my pateron channel and help me choose where you would like to see the most interesting events.
Cheat Codes
cheat codes:
+100500 = +100500 money
PhotoK = all photos unlocked
StatS = max stats (to a point, you still need more inttelligence and charisma)
litsys = unlocks bonus scene with littl and rachel
bonmiy = unlocks bonus scene with bonnie and mia
ray = unlocks scene with riley
Images

Warning. If you load an old save, be sure to go to the city map at the beginning. v0.1.0