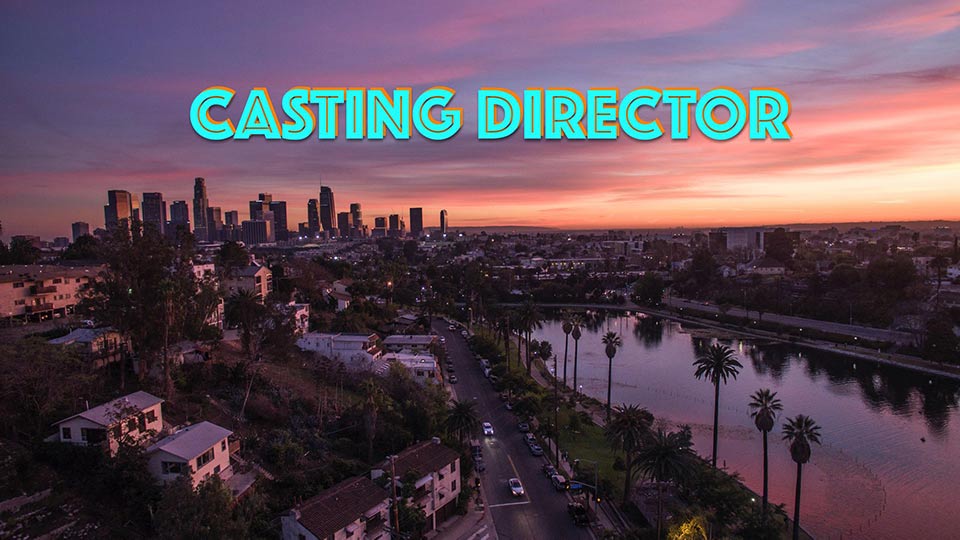 Casting Director v0.040 Alph by Old Dirty Dog, Casting Director is a game about become a Hollywood casting director game, trade s*x with young starlets for roles, and grow your business from the ground up. Will you find love and go legit? Or just fuck every girl who crosses your path? The choice is yours.

Although the game’s in its initial stages, it is still fully playable and includes two distinct casting jobs with over 1,000 unique randomly-generated image combinations, a list of stats and perks to progress in, and 8 different named female characters to seduce and sleep with.​

-New scene: Plan approaching Stephanie with Stacy.
-New scene: Following Daniel to Koreatown.
-New scene: Cast Courtney in a teen drama.
-New quest: Holes. Learn about the porta potties through Kevin.
-New scene: Talk to Courtney about her experience.
-Introduced ability to skip days without cheats.
-Bills are now collected every 28 days instead of 14, and can be paid before the billing cycle’s over.
-Added in-depth descriptions for every character in Relationships tab.
-Hookup sex videos increased by 50%.

1. New fap mode codes.
First things first – fap mode code changes so all Patreon and Subscribestar supporters need to change their codes to the new ones. You can find the right links here: Reminder.
2. HOOKERS
Finally, after a long wait, the hookers are in BA. You can find them in the park, and at the moment there’s 5 of them (but the number will be growing):

So as you can see – some of those girls are not very pretty. These are street girls after all, you shouldn’t expect anything too fancy. But don’t worry – the uglier they are, the cheaper they are!
I had big plans for this feature – I wanted to turn it into a mini brothel-management game. Player would be able to build up hookers loyalty and make them work for him. I also planned to add some pimps that will fight over prostitutes, and many other things like that. But at the moment, I decided to slim down this feature to the minimum. There was too many problems and bugs, and there are things with bigger priority literally everywhere. But we’ll come back to that!
3. LGBT content
I was promising LGBT content in BA since day 1, and finally, after a loooong wait – it’s here! That wouldn’t be probably possible without a huge help from one of the fans, who was literally chasing me about it for last 18 months (thanks man, and sorry it took so long).
To access the gay content you need to go to the park during daytime and do some activity (walking, running, tanning, buying drugs, or looking for trouble). There are 3 different gay random events, and 1 with a transvestite. I think they turned out pretty cool, below there’s a screenshot from one of them to peak your interest.

Of course, all the gay and trans content is optional. You can switch it on or off in the settings (default is on).
Important info – the plans for LGBT content were big, but I doubt I’ll be writing much more of it. I’m not gay, and it’s just not much fun for me. But I’d still like my game to have as much versatility as possible, so if some of you feel the strength to write the proper gay content for BA on your own – send me a private message. I will explain how to write events and quests for the game, and if your content would be ok, I’d happily add it!
4. Masturbation evolved!
I’ve completely redone masturbation activity which players can start in their rooms. Basically now instead of images, players will see videos. Also, players will be able to choose which genre of porn they want to watch (they can choose a genre in which they have unlocked at least one sex position)!
Additionally to that, players will be able to use toys during masturbation, like dildos, cucumber or crucifix. You can basically put it up your ass for additional exp
5. New random events
Apart from LGBT content – there’s 2 more random events that you can encounter in the park. One involves a cock hungry nympho, and the other a girl who really needs to piss You can access them same way as the gay content – by doing any activity in the park (walking, running, tanning, buying drugs, or looking for trouble). I think those events turned out pretty good, check them out!
6. Changes in the sex videos
Ok, so probably not everyone will love this change, but I wanted to do it and see what happens. Basically – in the previous verions player during sex saw all the positions he unlocked, even if the character he was having sex with didn’t have videos for this sex position (random clips played instead). But I was never a fan of this solution, because I think immersion is crucial and seeing some random girl during sex with Daphne is not a good thing.
So after thinking it over, I decided to rebuild this mechanic. From now on, during sex, you’ll only see the sex positions which you have unlocked AND the character has videos for. This means you will usually see less sex positions during sex, but it should also mean sex should become more interesting and immersive.
Don’t worry though – if you don’t like this change you can revert it in the settings menu!
7. Huge rewrite of the script handling videos
Many people told me that they have issues with videos. The problem was – when player displayed the event/quest/etc. all the vids for the entire event were loaded automatically in the background at the same time. Unfortunately there’s sometimes so many of them, that downloading chokes, and when player displayed some of the vids – he saw just a still frame.
In current version I’ve rebuilt the video script so that video is loaded when it’s displayed. This should (hopefully) fix some problems. I’m still experimenting with it and unsure what repercussions it might have, so I’d be happy to hear your feedback – did it help? Or maybe it created some other problems? The game is crashing or stuff like that?
8. Early Access content unlocked
I’ve unlocked old early access stuff so that it’s now available for everyone.

Minor changes
9. Less negative random events
I reworked the script for generating random events, so that the amount of times player is getting caught during different events (like peeking at a character in the shower) is now lower. So it’s easier now to be sneaky like a ninja
10. New settings options
The game is growing, so settings screen is growing too. I’ve added options to turn on or off gay, trans and pissing content. There’s also a possibility to turn on or off random videos during sex (the random videos are off by default now).
11. Hidden buttons during events
Basically, many quests and events had some hidden buttons that were appearing only if the prerequisites (like player level) were met. The problem is – they weren’t appearing, so many people didn’t know they are there. Now those buttons will always show up, but if the prerequisites are not met – they will be disabled with an information (eg. “Level too low”).
12. Additional vids for Mia
I added some additional sex vids for Mia – 3 cowgirl videos and one orgasm vid (provided by @polixnick).
Important info – if you notice a sex position missing for a character, and you happen to know where to find it – shoot it over on Discord. It’s especially important now, because of the changes in sex videos described above.
13. New effects
Added 2 new effects to the game – “Wrecked asshole” and “Crackhead”. First happens when your asshole gets wrecked and the second one after you smoke some crack.

UI changes
14. Time displayed on buttons
From now on, if clicking a button will consume time, you’ll see a proper icon of a clock on it.
15. Reorganized sex cat
I’ve changed the names of some of the sex categories for better readability.

Bugs and fixes
16. Another fix for Different kind of Meat Bags
Fixing this fucking quest becomes a tradition… So again I discovered a problem that made some people stuck. It should be fixed now. The quest will be resetted, and you need to restart it (by going to sleep at night).
Additionally to that, I fixed another problem that caused players to get negative bonuses even though they had a clean t-shirt during the quest.
17. Fix for dialog during weekly stats
Some players reported errors in the dialog during weekly stats. It should work properly now.
18. Performance improvements
I’ve rewritten a lot of the scripts that impacted performance. Let me know if the game works better or worse for you or if you’ll encounter any problems.
19. Other fixes
Shitload of other small tweaks and fixes.

-New Molly scene: Watching Home Hawkers.
-New Event: Go with Molly to the surprise party for Gordo.
-Buttons for girls you have invited over recently are now disabled.
-Stats in left bar now have descriptions if you hover over them.
-Added ability to disable cheatZone.
-Bug fix in character stats.

v0.0.33 Alpha
-New scene: Visit Cynthia at her office and plan for the next step, and learn about something that’s been bothering her. (Scene available in Replay)
-New Perk: Ladies’ Man. Increases your odds of picking up women outside of auditions.
-New location: Visionary Studios Lot (activities not yet implemented).
-Navigating to the SoCal House from the City menu now skips the “right this way sir” greeting from the hostess.
-Quest The King and I can now be completed.
-Quest The Taming of the Shrew can now be completed.

0.031 Alpha
-New sequence: Joined at the Hip shoot. This is a three-day story event for Mackenzie, and introduces Maria and Kalani.

0.030 Alpha
-Added ability to pick up actresses at the SoCal House. Stat boosts from hookups are dictated by the actress’s fame level.
-New system for casting: Talent Level. The auditioner’s talent will dictate stat adjustments when you choose or don’t choose her for the role.
-New background for the stats screen.
-Added initial stat boost to select from at the beginning.

Cheatzone Activated On Game
Open a console (F12 in most browsers) and input
Code:

Hit Enter, and the game should update when you move to the next screen.

Download For All Version
MEGA WORKUPLOAD GOFILE ANON
Download For Compressed Version (v0.37)
PIXELDRAIN WORKUPLOAD *This compression is unofficial, reduces asset quality and may or may not break your game.
Download For Cheat Code
MEDIAFIRE *Modified the code checking to accept the code “letmein” as a unlimited fap code. Just replace the index.html in the game’s main directory.