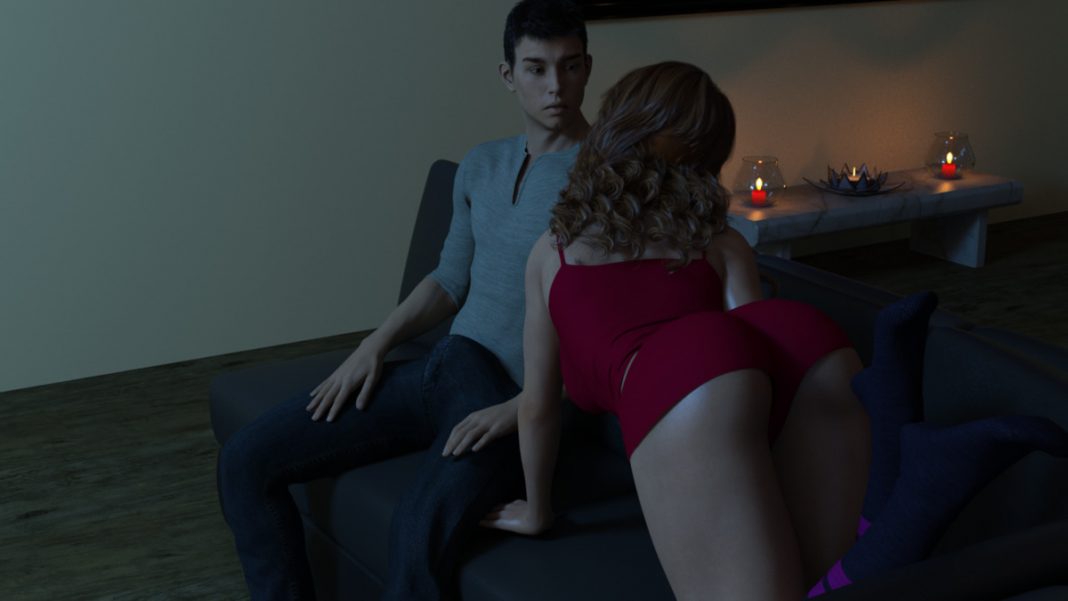 Big City’s Pleasures v0.4 by Porcus, Big City’s Pleasures is a game about Tony, a young man who grew up in a small, mid-western town far from the Big City, but has to move and live in it, in order to attend college. Luckily…his childhood friend, Gina, allows him to take a room in the apartment she shares with her close friend, Jessy.
And with this situation, he begins his adventures… reconnecting with his friend and a few other girls from the city.

Soon, he will find himself in unusual situations that will develop his sexuality in many ways… but not everything is what it seems in the city, and Tony will be entangled in more than a mystery.

Installation
1- Extract to desired location.
2- Click on “BigCitysPleasures.exe” to start playing.
GUIDE
Currently the game has a help system (Quests) with which it is very easy to know what to do at any given time.
The problem is that this system isn’t yet implemented for Gina & Jessy, so you may still need to look at some guides.
To access the help system, click on the information button (“i”) and then on the “Quests” tab.​
Changelog
v0.4
New programming:
More content:

DEV NOTE:
I don’t recommend playing this version yet, it contains some bugs; wait for v0.3.1, it will be released very soon​

New programming: Many changes and improvements have been made to almost the entire game!

I want to take advantage that I’ve commented all these changes to thank the one who has made it possible, 0x52, he is the new programmer who has collaborated a lot in this new version, a real professional who has taken this game to a new level (IMHO),

More content: Many new images and animations… but mainly animations, this is the version in which more animations have been generated by far! But it’s not only the quantity, but also the quality of them; they have been created with much love taking into account every small detail and using the latest technologies, I hope you enjoy them!

I take this opportunity to thank Wanderan, who has been the architect of the script in the scenes with Charlene, creating a wonderful introduction to her world. And he has also helped me a lot with the translations.

Thank you very much Wanderan!

IMPORTANT NOTE:
Due to the many changes in programming, the old save files don’t work, but you will be able to fast forward the scenes you have already seen.

579 high-quality images carefully created with attention to every detail !
32 new animations, some of them with realistic physics simulation technology !
New music and sound effects
Great stories, feelings, and good times for you to have fun >;-)
Initial notes:
This version is especially dedicated to the “continuation of the story with Gina” that was left pending in the previous version; she is the real protagonist and I’ve tried to create a realistic and beautiful story with her and the protagonist (you); I hope you like it and that it evokes in you the same feelings that I had in its creation.

But there is much more than Gina in this version >
New Scenes:
Continuation of the story with Gina (Queen of the game!):
Continuation of the “Great scene” of v0.2.2 (“The day after”)
Spy her in the bathroom, in her privacy she will do things, good things 😉
Great final story !

Introducing Cassandra Vamp (Sandra):
Jessy will introduce you to her great friend Sandra… I’m sure you’ll love her !
Interactivity in “action” scenes

Interaction with Jessy:
Enjoy the first session in front of the webcam with our naughty girl, Jessy !
Interactivity in “action” scenes

Interaction with Ms Cooper:
Several small scenes where certain things will be revealed, and there will be some changes in “who’s in charge”, lol
There will be a special guest in the final scene

Interaction with the shop assistant:
Spend a few bucks at the store on something expensive and she’ll make you a special offer you shouldn’t refuse >
Interactivity in “action” scenes

Special Ending:
I prepared something special for the end of this version, I hope you like it 😀
*Note 1: The Android version, because it requires more compression of images and videos, I will prepare it tonight.
*Note 2: I didn’t have time to add some of the new scenes to the “replay system”, sorry, as soon as I can I’ll add it and make a new compilation.
Note 3: Although I tried to check that everything works fine, it’s likely that you, who will squeeze the most out of it, will find small details to improve/correct; please, don’t hesitate to contact me (preferably via email) to comment them and I will check it out right away 😉

v0.2.3c
-Fixed two mistakes in the English translation that make the game give error in scenes with Megan
-Fixed a problem with one of the replays (Jessy with Dickuo)
-Fixed a possible problem that didn’t activate the variable needed to view Megan’s scenes
-Fixed some spelling and translation errors

v2.3
– Fixed a possible bug in Katia’s route
– Fixed bug in “Replays” that made some of them not show up even if they had seen in the game (specifically, the scene with Jessy in her room and the last scene with Megan).
– Improved English translation (on Katia’s route)
– Inclusion in credits of a new “Pervert”; I forgot him, sorry

Cheatmod
MEDIAFIRE *Extract the file “0x52_cheats.rpa” to the “game” folder, and start the game,(No need to overwrite anything. No game files have been modified)