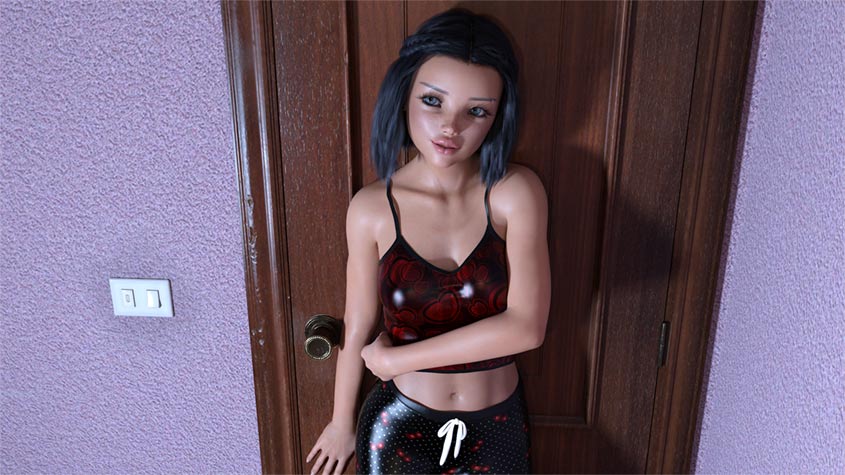 Avalon v8.2 by Lockheart, Avalon Game is a third person novel that orbits around two main characters; Avalon and Byron. When Avalon has a falling out with her mother, she moves in with her adopted Uncle Byron. As they continue to learn about each others deep and disturbing traumas, a romance begins to blossom. They lean on each other, and their friends, as they both continue to heal.

In Avalon, you will be given the option of four paths; Dallas is Avalon’s best friend and an absolute wildcard! She’s tough and flirtatious. Octavia is a mysterious new friend with a cunning intellect and a goofy sense of humor. Both paths have the option to split off into either a Polygamy Route, or a Monogamy Route. The choice is yours!​

v7.9
– Final Dallas Poly scene now shows if you’re playing from the start of the game.
– Added an Unlock feature so you can unlock all content with a password.
– Locked the Mono Scenes Button. Unlocks after you finish Act 7.
– Minor aesthetic changes to the menus.
– Minor grammatical and spelling fixes.

(PLEASE NOTE: The lock content feature does not currently function properly. This will be fixed in the next update.)

The Final release of Act 7 is here! I appreciate everyone being patient with me while I put together this last piece of Act 7. Let’s go through the additions.
There are a total of four new scenes, one for each path. And each one contains a sex scene sequence.
On the main menu is a new ‘Mono’ button that will allow you to watch all the mono scenes. In order to watch the Poly scenes, however, you will have to play through the Poly paths. I recommend using the Act Selector if your saves are corrupt.
Without further ado, please enjoy the completed story of Avalon!

This is the first half of Act 6. I don’t want to spoil anything by listing out the scenes.

This is a really big update. If you were waiting on playing Avalon until there was a decent amount of content, now is the time to play. This is a great point at which to give it a playthrough. There’s plenty of fun content now and some excellent naughty scenes.

We’ve had difficulty with saves in the past. So with the help of a professional coder, we’ve added an ACT SELECT to help allieviate this problem. Once you finish an Act, the proceeding Act will be unlocked in the ACT SELECT menu. Please thank OscarSix for this addition!

I also had a GALLERY implemented so once you’ve seen a scene, it will unlock in the GALLERY. Remember, there are four paths. So to unlock all the naughty scenes, you’ll have to play through them all. Each path has additional information about the story but the Mono Paths have considerably less content as of this release than the Polyamorous paths. Please thank OscarSix for the addition of the GALLERY.

We recommend starting a new game to avoid errors. Apologies!