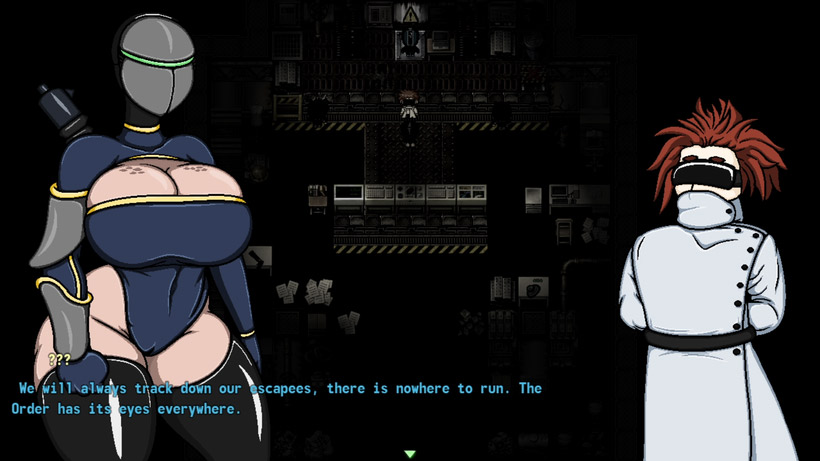 A.I.D.A v0.23 byZem, A.I.D.A is a game about This character is based on a certain robot from a certain video game. It is kind of obvious, yes? Here some basics of the game;

The game is gonna be an RPG with an original story, where you take control of A.I.D.A., an android/robutt built up by an escaped scientist from a mean group of tech-hoarding crazies. He ran away from this group, because they couldn’t understand his fascination for robots, giving them tits and whatnot. This mean group captures the scientist, but a freak radioactive thunderstorm in the area wakes A.I.D.A. up, powering up her battery.

Here starts her adventure in the wild, radioactive wasteland, filled with dangers unimaginable. It’s the year 2295 and the world is still recovering from the nuclear war, over 200 years ago. What can a single android do in this god-forsaken world? Let’s find out!

Installation
1. Extract game to its own folder
2. Run
Changelog
v0.23
Main Quest Begins!
The Mayor of Armageddon City needs a bit help with the Raiders attacking his citizens. Talk to the Mayor in the Upperside!

Crafting Tables added to Daisy’s and Jenni’s shops.
You can craft weapons with the components you find in the world (aluminium, wires, electronics, etc.)
Following weapons can be crafted now:

Takahiki: fixed the floating benis module that stayed on the screen
Aida: Weapon can now be removed
Hopefully you enjoy this one! Till next time! CHEERS!!
Images