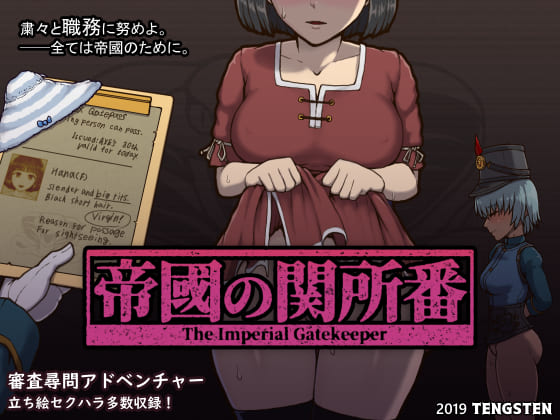 – Bug fixes.
Graphics in the final stage do not look right. (error, display bug, etc.)
Data in the organizer is not displayed correctly after using the slave-pen.
When a character with exposure habits appears naked, the gauge is not behaving correctly.
After special divination, the condition of the garment is not handled correctly.
Beast Man costume 3, undressing decision is not set correctly.
Fixed other minor bugs.

v1.41
– Mob characters with an “exposed habit” now appear without clothing on rare occasions.
Also, exposed characters no longer resist when leaving the room while undressed.
– Mob characters with the sexuality “Whole body delicate” now have a low rate of appearance.
– Two patterns of reaction were prepared after ejaculation into the oral cavity.
– Under certain conditions, the semen was swallowed, otherwise it was spat out.
– Added a manual to the sandbox.

– Bug fixes.
Frida’s back pose and touch position is partially wrong.
Frida’s costume 4, when she leaves the room in the back pose, the display is wrong.
Fixed other minor bugs.
Images