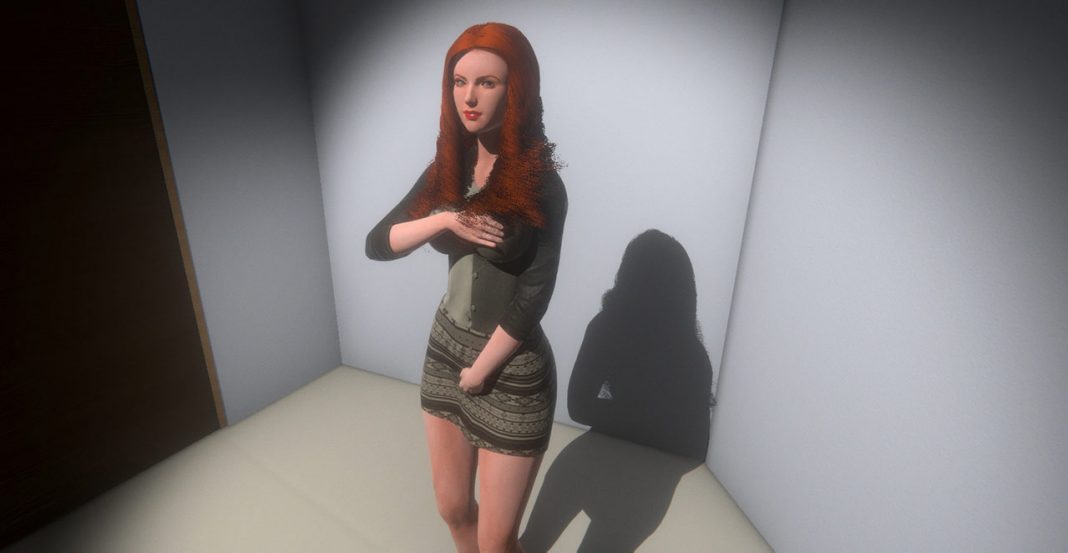 Some Modeling Agency v0.9.3a by T Valle, Some Modeling Agency is a game about A variety of women will come to your office looking for a modeling career. Your job is to rate them based on looks and personality. Over time, your rating changes females showing up, Example: rating 10/10 -big chest females- will cause more -big chest females- to show up (same goes for promiscuity). This Improving effect only happens on certain days of the week.​

Installation
1. Extract game to its own folder
2. Run
Changelog
v0.9.3a
– The player can save and load outfits
– A cheat to change penis stiffness has been added
– Models can wear glasses
– Some accessories

Changelog v0.9.0a
Warning: This is a very early version, so please make a backup of your save game.

Changes
-The player can earn commissions from other agencies. Read “How to make money” in the “How to play” section.
-For the time being, only thirteen additional agencies have been included; three are unlocked by default, while the remaining agencies will be unlocked based on the models that arrive.
-The game has a system for buffs and debuffs that will be used for future in-game items.
-Female emotions affect her personality sooner.
-Dialogues: dispatch dialogues small changes.

Fixes
-A huge bug with the names of genes has been fixed.
-The consent required to take off her shirt has not been well calculated.
-Nipples limit warnings have been fixed
-Dialogues: Females were making angry faces when they should have been making sad faces.

Notes
-In the upcoming version, I will include the remaining agencies and implement a “bribery” system. Then the game shop, then a system for changing her outfits, then the release of the semen (lol), and then maybe a VR release, even though it won’t be flawless.
-Also, I need an update ONLY to wrap things up. Due to a lack of time, a large number of minor game-improving details were omitted from previous releases. Ex: multiple save game slots.

Known issues
-Often, when using the fingers, the hand’s muscles are quite weak. This phenomenon is occurring more frequently, and as a result, I believe I will be able to fix it properly.
-Models shouldn’t be so generous and spew out that an agency won’t take them.
-Agencies with explicit sex jobs are being unlocked without any coital activity between the player and the models.

v0.8.6a
-Pubic hair added.(You can disable it in the settings panel)
-10 new hairstyles
-Consent has been implemented in a hierarchical way. “You can touch it if you can put your peepee in it. You can look at it if you can touch it.” It is not so straightforward, but that is the essence of it.
-Changes made to models using mods will be saved to disk and/or fed to the genetic algorithm.
-In single interview mode, the player can photograph a model and save her to disk.(will save changes made with mods)

Fixes
-Many small bugs in the auto rating system
-The random generator was not generating genes with indexes in the right way.
-Many other small bugs.

Known bugs
-Due to a bug that was already fixed, old characters will have their hairstyle changed.(oops!)

Notes
I’ve left a lot of work unfinished from earlier updates, and it’s time to resume bug fixing. I’ll build more features, but they won’t be as difficult as implementing sounds, which is a rather difficult subject for me.

Changes
-You can choose how many groups to start with.

Fixes
-The game asks about auto-rating profiles on level up.
-No More Chocolate Rain (If you continue to believe that there are extremely strong or extremely weak genes, please notify me.)
-User-defined ratings are no longer overridden when opening a rating panel with an auto-rating profile set.
-The problem of starting a new game on Wednesday, plus the panel not working, is fixed.
-“Sensibility” instances changed to “Sensitivity”
-Models that had evolved were not being used to create new models. oops…
-AutoRatings profiles DO reset when going back to the main menu.

Changes
-Auto Ratings, at the start of the interview. (if the player is using a profile for that group)
-Now you can restrict the Hue of: hair, eyebrows, eyes, lipstick, nipples, clothes (some), underwear (some). -> Gameplay Option tab.
-New option tab: Guide. Please read it.
-All UI fonts improved.
-Rating a slider at zero, will produce random genes for that slider
-The default hole “wear away” of a model, won’t affect calcules from physics nor AI
-Genes will have more control over the iris color.
-Had to add 30+ more fields to the Profile Complete Mode.
-Simple Mode for Profiles uses facial types rather than face part sizes.
-Instead of earning decimals for each model in the finalist pool and a level when the finalist pool fills up and is emptied, a single model in the finalist pool now earns a full point, but gene pools will NOT be finalized until only one model remains (before there were 4 models). The twins detector is less sensitive, which means that models in the same pool will be more similar to one another, extending the number of interviews required to narrow the pool to a single model.
-When a group’s pool narrows to a single model, it is added to the pool of finalists. Rather than waiting for another nine models to create a new super pool, this model is now used as the basis for the generation of new models within the same group, ensuring that the algorithm is constantly fed.

-New Radial UI implemented, to go back without using the go back button, just press right-click down and then up, needs to be fast.
-minor decrease of lips physics movement on the x-axis (it may need more)
-player can move finger inside holes with more freedom (be careful)
Fixes
-fixed the circular dependency between penetrating-finger position constraints, hole position, finger position.

Changes
-hero can pull out his finger.
-when pulling out the hero’s hand, fingers are close together
-option for changing hand rotation inputs inversion. It is turned off by default. (sorry about the spelling error)
-versioning is now: major.minor.patch. (This does not mean we are 5 minor releases away from a big release)
-low quality is faster
-suck joint against lips will break by force (no more super stretched out dick)
-no missing references anymore (could help with crashes)
-updated to a new unity version (could help with crashes)
-same physics logic for penetration depth, now applies to penetration thickness (generic dialogues for this have not been developed yet)

Fixes
-oral sex servicing: all IK effectors were turn on while standing pose.

Notes
-press 2 to pull out the finger. it is missing from the inputs list, sorry.
-there is a spelling error in the inputs -> hand rotation reversal, option.

Gameplay
https://www.patreon.com/file?h=52232369&i=8199363
Dev Notes
Guide and tips:
-game can be very difficult I know, it will be improved.
*caressing
-every single part of their body has a different sensibility and erogenous, and every single female is different, so you have to try it out.
-hold alt, so your hand moves slower and doesn’t hurt them, still, there are some extra sensible body-part/females.
-if she starts to complain about you being too soft with her, just hold shit, careful, you may touch her where she doesn’t want to be touched.
-if she says she won’t go any further (shield icon under the green bar), try to make her come (yes I know it sound ridiculous it’s just a game), it will increase her favorability and horniness temporarily, and permanently. (the increased amount is different for every single female)
*favorability
you will get favorability for every time you raise her pleasure! the more pleasure you accumulate in a single interaction more favorability you gain. Every female has her own favorability limits. (the shield icon).
Images

Caution: this version is no longer compatible with save games from past versions