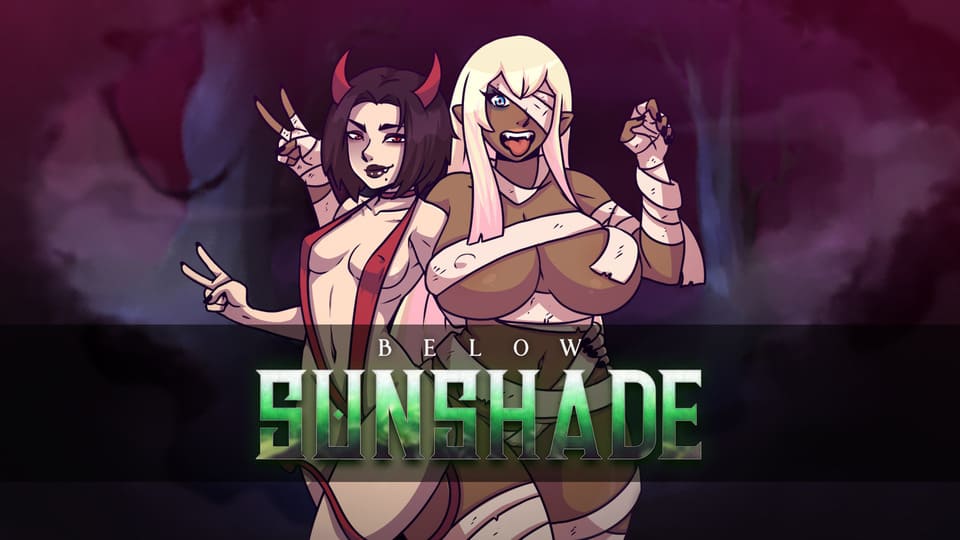 Below Sunshade is a game standalone title taking place in the world of Adorevia. The Story is one of the pillars of the Below Sunshade as usual with our games. Is a story-driven crafting survival game, in which you find yourself stranded on a wild island full of secrets and dangerous beings.
Your goal is to escape the Island within 30 days while managing ressources and, if you like: engage in combat, befriend other survivors and explore optional areas to find secrets.​

Survival & Needs
When you add survival aspects into your game it’s all about the right balance. It should never feel tedious and like a grind, instead it should be an element that plays along with the rest of the game.
Instead the game offers a wide mix of various, smaller features that all together create fun and flexible gameplay. You want to spend the new day gathering resources for a new building but you and Idrune are hungry? You can wait till night and hunt more dangerous creatures for better quality food or you split the resource hunt onto two days and play safe.
The game offers several approaches so you can chose the path you want.

Changelog
2.0.2 Bugfix
Fixed Issues
– Fixed a memory leak causing random crashes and performance issues. The game now runs as smooth as it did before Milestones. Have fun!