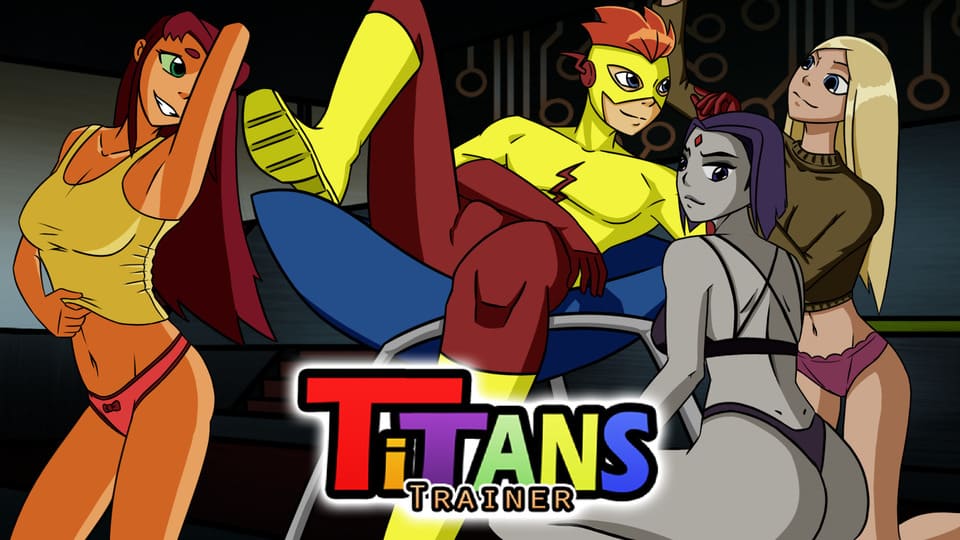 Titans Trainer v0.0.2b by SilverStorm Studios, Titans Trainer is a game about a parody game of animated series show “Teen Titans”, Taking place in an alternate universe of the Teen Titans where Terra is free from her own demise 3 years later, you get to play as Jericho, who was tasked to infiltrate their ranks in the body of Kid Flash. Your mission is to corrupt the Titans and ultimately tear them apart from the inside, without them suspecting anything.​

– Added 2 scenes with Raven
– Added option to skip the long-ass introduction
– Introduced Beast Boy & Raven’s character/dialogue functions
– Starfire’s Room is there, but she is currently not in this version

Developer Notes:
– Extremely rough and buggy game mechanics for now, but we are still figuring out the best way to optimize this in the long run
– Future plans include an Engine overhaul/change, but the game will still be played in Unity
– Battle System will also be reworked into something completely different
– Jinx’s appearance delayed by 1 update due to the number of bugs
– Will be including future versions for Mac & Android apk
– Will be doing several language options for future updates as well
Images