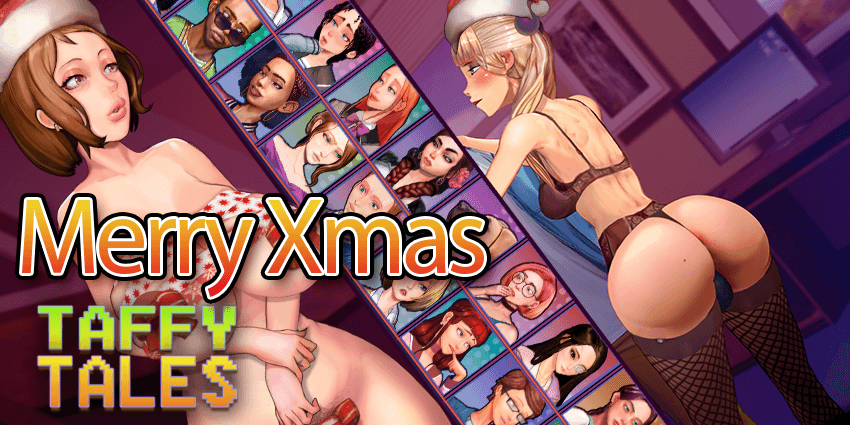 The Taffy Tales Clara and Danny Christmas Special is waiting here under the tree for you guys to open!

We hope you guys enjoy it as much as we have making it.

You may have noticed recently in the last update, that we were experimenting more and more with some animations during the CG portions of the game, as this was one of the most heavily requested things early on in development.

Well, we’ve now taken it a step further, and now the basic in-game interactions with characters should feel more fluid and alive as we’ve added some basic animations to show a gradual shift in the expressions/reactions of the characters, which will hopefully make things feel less ‘static.’

We obviously hope we’ll be able to transition into the main game with relative ease now we have the skeleton of it designed, please let us know what you think.