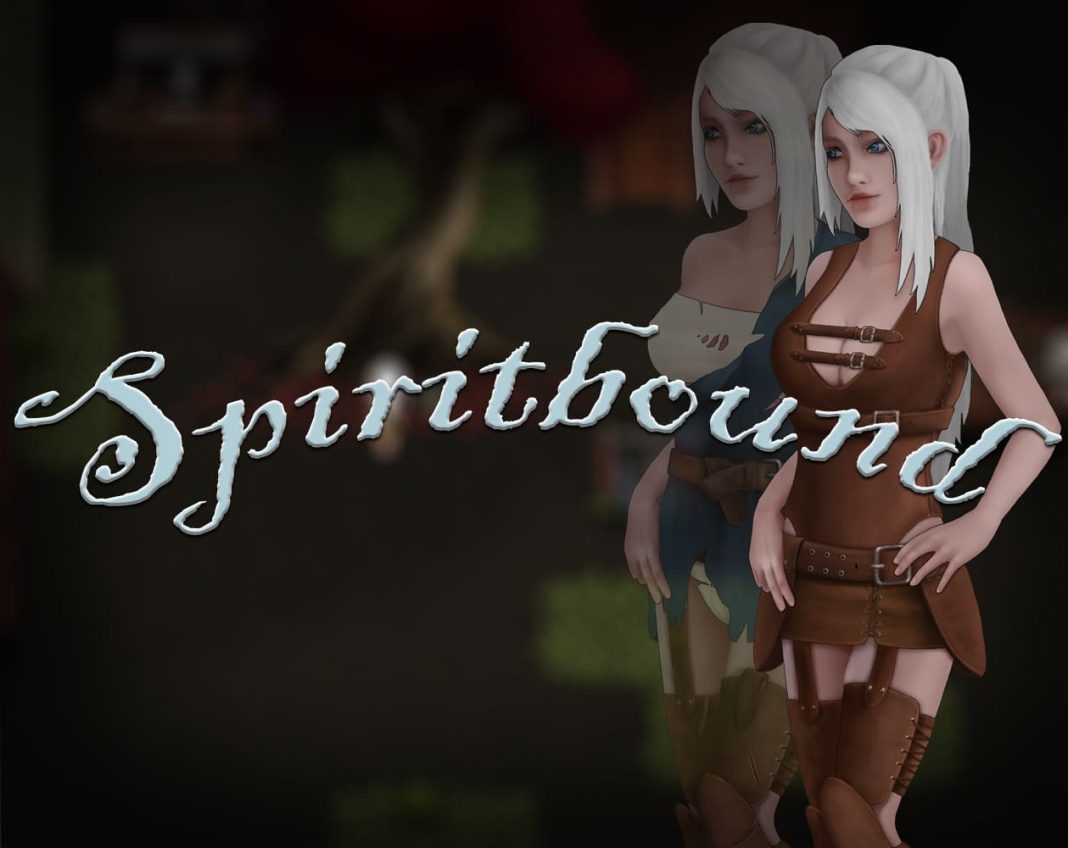 Spiritbound v0.6.4.4 Public by WildFeyGames, Spiritbound is a Tactical-RPG game set in a fantasy world. You play as Kara the pathfinder who recently started adventuring. While resting in a roadside inn she heard stories from a mysterious old crone of a nearby forest, and a shrine long abandoned deep inside. A shrine to an old slumbering spirit full of riches offered to it as tribute by people long dead and forgotten. Despite warnings she decided to go after the stories told by the crone.​

Installation
– Extract to desired location.
– Click on “WaterWorld.exe” to start playing.
Changelog
v0.6.4
Added 3 new CGs (Caged Girl, Pygmy Breeder, New Shira CG) the first 2 will automatically unlock in the gallery if you have already done the required quest/event.
Added 3 new items including the Hunting Bow.
Added event at the destroyed cart with some enemies. (It only triggers if you haven’t done the quest to rescue the girls from the slavers. It is mainly to point out that you should look around for more information around the destroyed cart.)
Added Now you can tell the Witch you found Shayla alive during the Depths of Knowledge quest. (Before slaying/rescuing her.)

Modified The Bloodrose Seeds item have been renamed Bag of Bloodrose Seeds and now it can be crafted.
Modified The Red Maiden now drops her sword when slain.
Modified In the Ritual of Initiation quest made it clearer in both conversation and quest description that you will need skinning equipment to gather ancient frog bones.
Modified Swapped a group of pygmies to Bloodroses in the North-West forest map.

Fixed Wrongly allocated runaway point that made Kara appear off map.
Fixed Some typos, mainly in the latest quests

0.6.3.10:
Fixed: Some minor issues, typos, and barmaid event rewards.
Changed: Millipede monster’s toughness reduced, and now they have armor (mental damage is now more effective against them as intended).

0.6.3.9 Hotfix:
Fixed: Talking to invisible Shayla before the rescue.
Fixed: Bug where loading from previous version the quest and triggers not resetting if the book was acquired without the quest.

Modified Now you can’t enter the caves below the island until you start the Depths of Knowledge quest.
Modified Added Starlight gem to some loot already present.
Modified Doubled the maximum stack size of several items.
Modified Increased loot from many enemies, including both silver and items.
Modified Female bandits now try to go for a backstab if they can.
Modified Increased movement reduction of the bolas by 1.
Modified Prices of some items in the game.
Modified Required items to create magical equipment.
Modified Tome of Life healing have been reduced, and now it has limited charges/combat.
Modified Pot of gold have turned into a well of gold.

Added Gallery to the game. CGs already seen can now be excessed from the gallery at the Moth Shrine.

Added New CG set Kara having sex with the innkeeper. You have to do the barmaid event twice demanding higher pay. Kara also have to meet the requirements to trigger the conversation option (13+ looks, deviance 4+, Confident self-esteem, she also have to be not pregnant).

Modified Added touched up version of the Nora Captured CG.

[0.6.2.8] Hotfix
Fixed Summoned millpedes will no longer get captured by the pygmies.

Added Lady Crystalia CG. Now Lady Crystalia will reward Kara if she only wants to see the Lady as payment for hunting down a troll.
Added Map, fast travel between the waystones and 2 extra waystone (at the witch’s house, and in the village). Map is available after the tutorial map.
Added Discarding items. Now non-key items can be discarded from the inventory.

Fixed Issue with the shop repair window.
Fixed File size, and performance issues. (Game is considerably smaller now and loads up much faster)

[Update] 0.6.1.5
Fixed a bug where Nora can get captured in certain fights. She can be collected at the pygmy camp (outside the pygmy cave).
[Update] 0.6.1.8
Modified Acid damage no longer deals damage to weapon. Repair price lowered even more.
Fixed Nora’s missing base armor pregnant variations added.
Fixed guard conversation triggering too soon.
Fixed teleporting to the waystone you currently at.
Fixed Nora giving birth too soon.
Fixed some spelling errors in the prologue.

Added Pregnant CA variations for Kara and Nora.
Added 3 new maps. The pygmy caves (accessible from the eastern forest map and from a secret back entrance), Large millpede cave (accessible from the eastern forest map, where the old small cave entrance was), North-west Forest (accessible from the bandit camp after completing the Headhunting quest).
Added 1 new CG (Mishana) search for her in the new forest map, and 1 CG set Kara’s second round with the Mothermaker worm (You can now return to the water where the flower was after the quest).
Added New quests: Lost Girls, Bounty on the Flesh, and Trollslayer. The quest are available from the guard in the village, after completing the Headhunting quest.
Added 2 new enemies: Troll and Female Bandit. Also added 2 new Bandit variations: Slaver, and Armored Bandit.
Added Kara now comments on her pregnancy progression after she sleeps in the inn.
Added Combat speed and sound settings are now saved.

Fixed Quick loading in combat not working properly.
Fixed Issues caused by the birth debuff.
Fixed Summoned creatures are now properly removed when running away.
Fixed Enemies dying from dot damage in combat while having sex no longer breaks the animation.
Fixed Spider cave can now be entered multiple times.
Fixed Code appearing in conversation with Lana.
Fixed Buffs with multiple effects now display their duration properly.
Fixed Issue with the UI not showing up properly when not using 16:9 aspect ratio.
Fixed Some typos and dialogue duplication issues

0.6.0.11 Hotfix
Fixed issue with switching between jewelry and clothing in inventory.
Fixed Enemies no longer try to have sex with the summoned millpede monsters.

v0.23.0
– 1 new quest (Undercover)
– 32 new animations
– 36 new images (not counting the dialogue sprites for the new girls)
– fixed a bug where some players had Daphnee still coming to ask for her money, but you’ll have to start a new game for the fix to work (big thanks to PostDrip for mapping out the steps to reproduce it)
– added a new ‘props’ system where you can have different items in the rooms which won’t affect the characters logic.

v0.20.9
– 2 new repeatable events
– 19 new animations
– 9 new images
– fixed a bug where Rebecca wasn’t returning to the pool in the late morning after Yvette goes back to the first ship
– fixed a bug where Emma and Yvette being in the cabin wasn’t being considered as ‘busy’ location

v0.20.5
– 32 new animations
– 33 new images
– 6 new repeatable events (not counting the placeholder for the one with Rebecca and Yvette at the bridge at night)