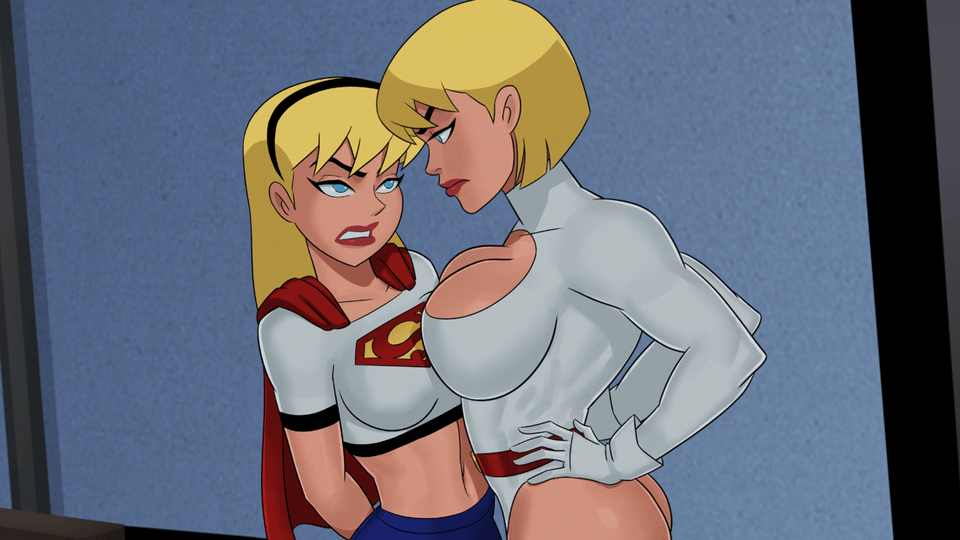 Something unlimited adult game is a comic-based parody brothel management game. You play as Lex, seeking to concoct a way to rid the world of superheroes while simultaneously placing yourself on one of its thrones. Unfortunately though, plans of world domination tend to cost a lot of money and you’re practically broke. When Roulette comes to you with the idea for a “meta-bordello”, you think up the perfect way to supply her with incredibly enticing workers – as long as you get a fat cut of the profits, of course.

Will you be able to “convince” enough heroines, henchwomen and villainesses to work for you? Can you grow the bordello enough to bankroll your final plan for world supremacy? Will you finally be able to take down the heroes/heroines once and for all, as well as your villainous rivals?​

– Blackfire chosen for yacht and ending up with Cheshire

Something Unlimited Rebuilt
HAHA! You all thought we had the “cure for internet cancer,” seriously?! You’re all so gullible!

Anyway, here’s the Something Unlimited: Rebuilt demo we told you we’d release later this month. There’s a PC/Mac version and the first ever mobile version of SU.

To make this abundantly clear: SU’S DEVELOPMENT WILL NOT SLOW OR PAUSE! SU: REBUILT IS BEING CREATED IN TANDEM! The old version will continue to have content added to it and be the primary version until SU: Rebuilt catches up to it. (More on timelines can be found below.)

(Downloads are available at the bottom of this post. Admitting to playing the demo will be taken as admittance of reading this post.)

What to Expect
PLEASE TEMPER YOUR EXPECTATIONS ACCORDINGLY!

This is a VERY rough demo. It’s more of a proof-of-concept than anything – so don’t go freaking out over jump cuts, text animation bugs, etc. We’re well aware it’s not a perfect, polished final product. It’s not supposed to be. It’s just meant to give you an idea of what you can come to expect from the Rebuilt version.

You can currently play through the game’s intro, getting your choice of the three starter heroines, then capture the other two and see/unlock all three’s Glamour Slam content. You can also hire the starting villains to have a better chance at capturing the other two starter heroines and send those villains out on cash heists.

It may not feel like much, but there are A LOT of changes to discover in SU: Rebuilt. And we’d really appreciate as much feedback as humanly possible.

Why the Hell are We Actually Doing This?
Honestly, to free up SR7’s time without sacrificing – and potentially speeding up – SU’s progression.

Fungus has treated GG extremely well, but it creates a lot of issues during development that honestly shouldn’t even be issues to begin with. Frankly, the game outgrew Fungus a LONG time ago.

SU isn’t built with modern tools by modern standards though. And because it’s built in Fungus, without any actual source code, the only way to eliminate those issues is to rebuild SU from scratch – sprite by sprite, line by line.

We’ve discussed and debated doing this for the better part of 8 months, and it was a large reason why we took our trip to Florida to meet Locke in person and talk shop in March.

The Rebuild’s Dev Timeline
We weren’t exaggerating when we said in our April 1st post that SU: Rebuilt would be caught up later this year.

What you see in the demo today wasn’t even started until mid-March. (Locke note: And honestly, I kinda slacked off during the first week-and-some-change of April because I was was overly confident. XD) The demo you see right now is about 3 – 4 weeks of work.

What you don’t see, is that it’s built in a way that actually speeds up development the further it goes. In addition, even creating new scenes with entirely new characters and art takes a small fraction of the time it takes in Fungus.

That being said, 4 years’ worth of content is A LOT to go through. And the dialog isn’t even readily available. Locke has to go through the entire game scene-by-scene, frame-by-frame, line-by-line and transcribe everything.

On top of that, we still don’t even fully know exactly what all the new quality of life changes/additions will entail. New ideas are being pitched regularly, and if we’re going to rebuild it from scratch then we might as well take the time to do it right with all the new bells and whistles it can benefit from.

TLDR; We’re confident it’ll be caught up later this year, but we don’t know exactly when. Right now, we’re estimating Fall, but it may be Winter.

Now’s THE Time for Feedback
Has part of SU been grinding your gears? Got a quality of life idea or feature? Now’s the time to tell us. We’re not saying we’re going to take on every complaint or idea – or even any of them – but we will listen and seriously consider them all at the very least.

Although please test out the demo beforehand. Like we said before, there are A LOT of changes to discover – some of which may already answer some of your concerns. (Locke Note: Also please actually read the intro-ending text and not just skim through it. That’ll probably answer some concerns/complaints too.)

SU: Rebuilt Updates
No. There will not be regular updates. We may talk about its progress on occasion and MAYBE – if you don’t annoy us to hell and back – we’ll release another playable update or two before it’s caught up.

BUT WE MAKE NO PROMISES!

This is just us proving that the SU: Rebuilt project is in fact real and keeping our word about releasing a demo later in April (April 29th is still April! XP)

We really hope this news in general pleases a lot of our fans, both patron and non-patron alike, and helps prove our commitment to growing into a proper game studio.

And a special thanks to our patrons – $1 and $50+ dollar alike – without whom none of this would be possible.

Thanks for reading and enjoy,

Current State of the Game
The game is mostly feature-complete, with a few minor systems still needing to be reworked. Content additions is the main focus of most updates from now until the game’s completion.

There is currently content – including still pictures and animations – for 26+ comic-based heroines, henchwomen and villainesses, including:

Something Unlimited has been in development for quite a while, so there’s already a ton of content to be discovered that could keep you entertained for hours. (There’s also a cheat system for those who want to speed through the game too.)

Press B in the Main City to fix the black screen bug.