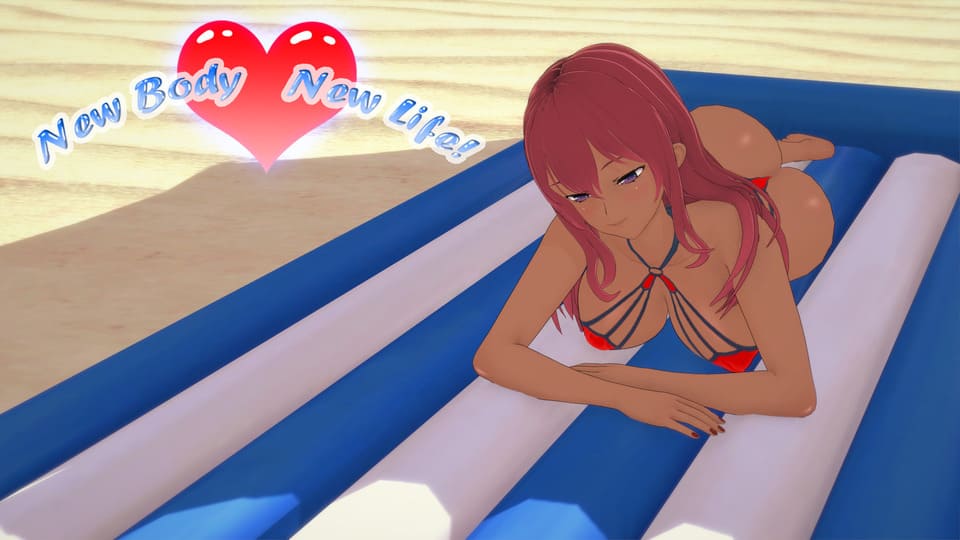 New Body, New Life v0.9 by Moccasin’s Mirror The story follows a man who died in a car accident, things take a turn for the weird when he wakes up in the floor of an hotel room and now he is an attractive female. This man will discover very fast that the girl name was Nicole Miller and that she was the embodiment of the word bitch, not just a prostitute but sex addict but a real asshole without any friends or future in life but the new Nicole won’t stand for that! Now it’s time to take the reins of his (her) new life and put his old mind to work in this new body, he knows that he can find happiness in this new body and maybe meet a few girls in the process.

As the tittle implies this is a remake from NBNL ORIGINAL, we decided the original game issues was in the base of the game, so if we wanted to fix it we needed to restart it, the change to honey select 2 was just because it looks better now and when the first NBNL came out there were less Koikatsu games so it looked more unique.
​

– Now all events can be accesed! (Main offenders were Dani, Marina and Izzy’s lines)
– Profile pictures now are the background you selected for you phone
– Phone now shows the third background
– Balance changes (now you can have sex with Rebecca at the intro).

15 new events / 3 of them are regular sex scenes
Reduced the final grind for stats from 5 levels (25 points ) to 3 levels (15 points ) so the “grind” events are just safety nets and not something you are forced to do
added 2 levels for the relationships (not talking, friends)
Fixed some error with images on old events
Minor fixes

V0.3
-14 new regular events
-2 sex events, 1 of them with 2 forms
-Character notes screen
-Rank up feedback and new rank for intellectual recognition and fitness
-Now the magnifying glasses appear correctly in all locations marking that there are main events in the area.
-Changes in relationship score with characters

V 0.2
– Open world now is open! The game now has time of the day (morning, afternoon) and the days of the week are relevant for some events
– 2 new sex scenes
– 16 main events
– 6 locations open to explore, 3 of them with random events.
– Big changes in the user interface

– Adds only one event, but a big one. This event has 5 sex scenes.
– Go back in time option will appear at the end of the game for this version it will give you the option to go back one week (with stats and events cleared) or go back to the beginning of this event

– 22 New scenes, 4 of those are sex scenes
– New UI, mostly for character relationship panel
– All the named characters appear in game now (some of them in the background)

-20 new eventes 5 of those are sex scenes
– Fixed lot of typos and grammar errors (most of them were during the intro)
– Compressed the game, version 0.3 and 0.4 weight almost the same
-Fixed OCR 4 event (didn’t apper)
– Changed the appearance of one of the teachers (the unnamed one)

– New main menu screen, the basic renpy screen was functional, but boring, that’s why we made our own, although it is likely to be improved in the future.
– 23 new events.
– Bug fixes
– We lower the threshold to get certain events or dialogue options specially Alisa’s sex scene.

v0.2
Around 30 new events
New gameplay elements
5 new sex scenes (proper sex there are a lot of nudes besides)
Some improvements to the game interface.
Improvements to the dialogue in the last versions (Thanks to Prince of Parthia)
A Linux version (If something is wrong let us now!)

Saves from version 0.6 aren’t compatible, you have to restart your save.