VisitMama
Home Episodic Story Because I Love Her 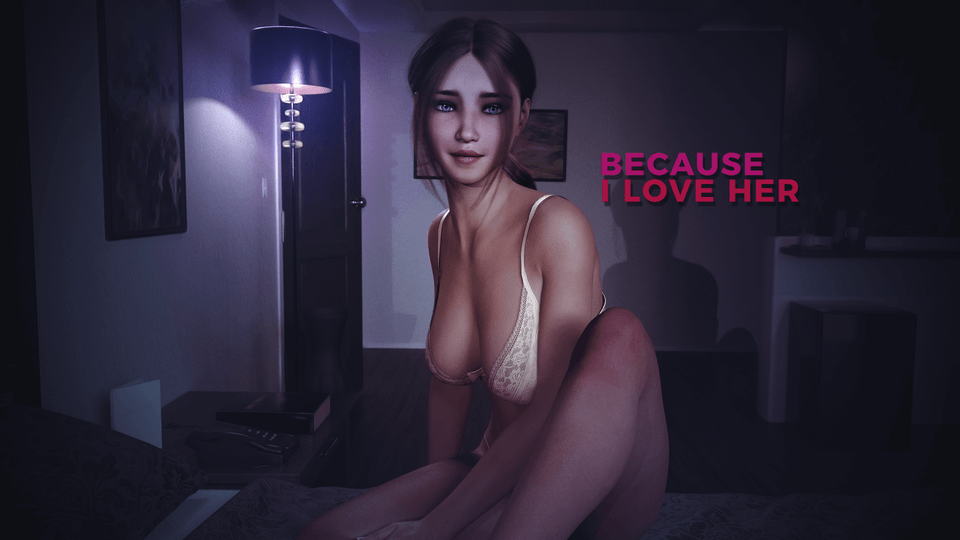 You play as John, the main character who is engaged to Claire, the most beautiful woman you’ve ever met. Claire has always been a bit innocent for you, but her beauty has you staying for the future. During the process of moving out, your best friend Jenni has moved in with the two of you along the way. You as well as those surrounding you will develop relationships along discovering more of the new city life you’ve adopted. It’s up to you to decide what you make of these relationships.

CH.7 NTR Update
Had to keep to myself for a minute and just focus on releasing. No music or sound effects this time, and older renders from like 3 chapters ago containing an old version of claire and her mother at the party will need to be updated, but this chapter continues right after where it left off. As i’ve stated it’s not the biggest or most complicated, but it sets me up for a much better future in terms of releases and story writing. I guess time will tell but i’d like to stay positive. Thank you for being here. This is available to everyone immediately, mac release soon.

I recommend playing with sound at 60% and music anywhere above 30%
There is no update to the love route as previously stated, that will come too…
In total:
4 detailed animations, 2 gif animations, over 250 renders
2 paths
several new high quality sound effects
roughly 1000 new lines of script
The intro renders have been changed so people don’t get turned off by how shit the characters used to look lol.
and most importantly, a cliffhanger that alters the lives of the main characters.
I searched for a new way to change the games main story line drastically WITHOUT altering the main plot and theme of the game. The NTR route will now have its own lore that I will be explaining slowly as we progress. This newly implemented plot twist will further test the characters abilities to handle new things… and control their inner needs for pleasure.
I will explain it in depth after more people have the chance to play to see what I mean

MAC: Unzip the mod -> Right-click your “Because I Love Her” app -> Click “Show Package Contents” -> Open the “Contents” then “Resources” folders -> Hold the Option key and drag the folder named “game” from the mod to the “autorun” folder -> Click merge