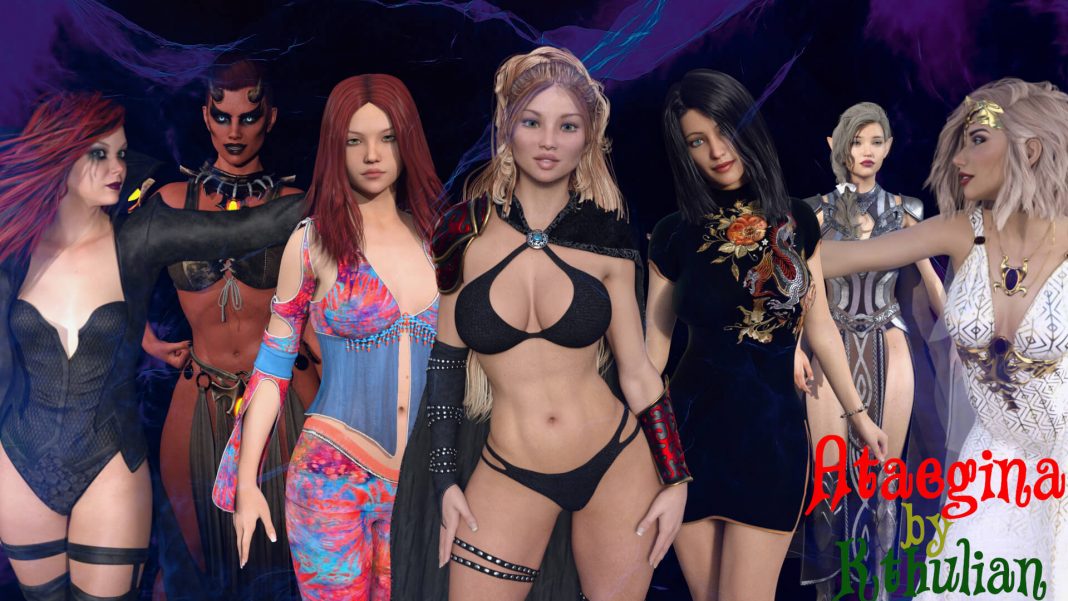 Ataegina v0.4.7, Ataegina by Kthulian is a game about tou live in a world of magic and war, where many factions with different races, religions, politics etc, exist. You will take the role of a student of magic, you will learn spells, history etc… Will you use your skills for the sake of good? Maybe you’ll let evil seduce you? Or you just don’t care with such things?

v0.4.6
All the 3 paths updated
Nearly 200 new images
Continuation of the story
Fixed some bugs

v0.4.5
All the 3 paths updated
Nearly 200 new images
Continuation of the story
Fixed some bugs
Added demon spells, if you didn’t buy them in the city you can try them
New summoning mechanics for the new summon spell

v0.4.4
All the 3 paths updated
Over 200 new images
Continuation of the story
Fixed some bugs
Enemy bar improved

v0.4.3
All the 3 paths updated
About 200 new images (Some of them path locked)
Continuation of the story
Fixed some bugs
You can now train in the college to the maximum of 110 skill points

v0.4.2
150+ new images
Continuation of the story
New characters
Fixed some issues
Evil will now have points represented in red

v0.4.1
Continuation of the story (Good and Evil Paths mostly, but there are also changes to the Neutral, best results if you play it again from a v0.3.9 save game)
140+ new images
New combat mechanics and balancing
New spells and abilities (random multiple turn effects like burn/stun/fear/freeze etc…)

v0.3.9
-About 180 new images
-New story
-Changed about 150 old images (all the ones that had the “blue room”)
-Changed the college “maps”
-Balanced the lvl 10 spells to use less MP
-You can now train in the college to farm skills
-Fixed some bugs
You need to use a save game before the library “learn lvl 10 spell event” or you won’t be able to use them.

v0.3.8
New story… (All paths)
Multiple branching for each path (depending on choices and “corruption VS love” sex scenes may change completely)
The Ayna/Katriona bath scene redone
The Droid Productions game, Love of Magic is featured in a book.
Combat system now has the damages show up, has random events (criticals, skill based damage, heal etc…)
You can no longer drag your HP and MP (You cheaters  )
Mana is no longer infinite.
Level 10 spells added.
New credits screen

V0.3.7
Over 250 Old renders redone (farm, college, Allesterra, forest, library etc)
Over 150 New renders with new story (All paths)
Added and changed some effects and sounds
Changed “Girls screen Stats” (Corruption/Love)
Fixed the “head/portrait” glitch (If you’re using a previous save that has that issue, you need to save when there is no portrait, exit the game and load it from there, after that you can save it anywhere again, if you start from the beginning it’s all good… I hope )
Fixed some minor bugs
Added Patreon as a support option
And that’s it I think…

v0.3.5 Anniversary edition
Continuation of the story (obviously)
Over 200 new images
All paths updated (Evil path got most of it, all paths end at the same point now)
Changed combat UI (I want your opinions on how it works for you)
Changed the “reset skills part” to ask how many points you want to spend instead of the clickfest
Added Ataegina custom Icon
Fixed drain life spell not showing up
Other minor fixes
Known issues:
Avira users may get the .exe file flagged, it’s a false positive… Or is it…
Some users have noticed a random head popping out during dialogue (I’m still wondering